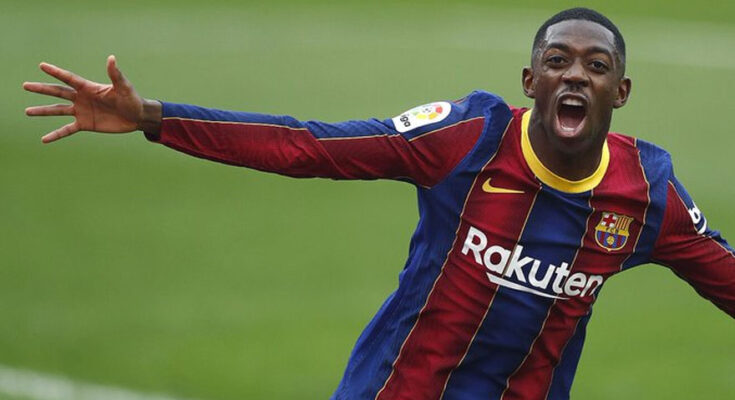 The 25-year-old winger will be joining the Ligue 1 giants on a free transfer in the summer.

Adrian Sanchez tweeted the following regarding Dembele’s transfer from Barcelona to the Ligue 1 champions this summer:

“DEMBÉLÉ is closer than ever to #PSG. Today the deal is 95% closed and there are people in #Barça who already know it.”

Dembele’s contract with Barcelona expires at the end of June. There has been no development in negotiations between the club and the player. So the Blaugrana could lose the player for free, for whom they paid €140 million in the summer of 2017.

According to the aforementioned source, Dembele is edging closer to a move to PSG ahead of the 2022-23 season. This will be the second time in two years the Parisian giants will sign a player on a free transfer from Barcelona. They signed Lionel Messi last summer for free in one of the most high-profile transfers.

Barca Universal has also reported that the Parisians have been interested in signing Dembele since the January transfer window and have already agreed personal terms.

Dembele has had an injury-prone time at the Camp Nou since joining them from Borussia Dortmund in 2017.

However, the 25-year-old winger has shown his worth when he has got a consistent run of games in the first team. He ended his 2021-22 campaign with 13 assists in 21 La Liga games, the most by any player in the league.