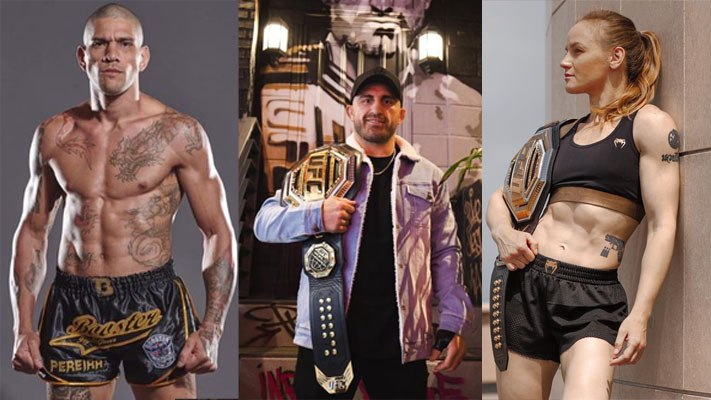 There have only been four simultaneous double champions in UFC history, with Conor McGregor, Amanda Nunes, Daniel Cormier, and Henry Cejudo the only fighters to achieve this feat to date.

Will the UFC see any more simultaneous double champions in the future? It’s hard to say, but there are a handful of fighters who might stand a chance of pulling it off. Whether they do or not is, of course, impossible to say, especially as we’ve seen the likes of Max Holloway, Israel Adesanya and T.J. Dillashaw come up short.

With that in mind, here are five UFC fighters who could become simultaneous double champions in the future.

One fighter who definitely has an outside chance of becoming a simultaneous double champion in the octagon in the near future is reigning UFC flyweight king Deiveson Figueiredo.

‘God of War’ has held the flyweight crown since January 2022, when he unseated Brandon Moreno. While a fourth meeting with ‘The Assassin Baby’ is likely to be in his future given the Mexican holds the interim title right now, it’s hard to imagine that the Brazilian will lose.

Essentially, he should’ve defeated Moreno in their first meeting and only ended up with a majority draw because he lost a point due to a foul. He blamed his 2021 loss to the Mexican, meanwhile, on a bad weight cut – and clearly outclassed him in their most recent outing.

If Figueiredo wins their fourth meeting, then, what’s left for him at 125lbs? The only truly viable contender would be Alexandre Pantoja, who lost to ‘God of War’ back in 2019.

Therefore, it’s highly likely that the Brazilian would want to step up to 135lbs in an attempt to become a double champion. Based on his skillset – as well as the fact that he’s clearly big enough for the division – he’d probably have a good chance of pulling it off.

After all, Henry Cejudo proved that there’s not much difference between a top flyweight and a top bantamweight. It could be argued that Figueiredo matches up well with current titleholder Aljamain Sterling.

Okay, so it might be fair to suggest that claiming that Alex Pereira could become a simultaneous double champion in the UFC is a little premature. After all, ‘Poatan’ has yet to claim any kind of gold inside the octagon, and he’s only had three fights there!

However, it isn’t as outlandish as some observers might think. After all, the Brazilian will have his chance to claim the middleweight title when he faces off with longtime champion Israel Adesanya in November.

Given that ‘Poatan’ has already beaten ‘The Last Stylebender’ twice, albeit in the kickboxing ring, and Adesanya hasn’t exactly looked at his best in his recent fights, it’s probably not too much of a stretch to suggest that the Brazilian might be able to take the crown.

If he does that, then while there are a number of viable challengers at 185lbs – namely former titleholder Robert Whittaker – then it wouldn’t be a surprise to see Pereira move to 205lbs in a quest to become a double champion.

After all, he’s already suggested that he cuts an insane amount of weight to make 185lbs. While Adesanya failed in his attempt to claim lightheavyweight gold, the Brazilian is a very different kind of fighter in that he possesses, and relies on, ridiculous knockout power to win his fights.

Could Pereira knock out Jiri Prochazka, Glover Teixeira, or whoever might hold the gold at 205lbs? Given that he switched the lights off on current top-15 light heavyweight contender Dustin Jacoby in the kickboxing ring, it’s definitely possible.

Right now, Pereira being a double champion seems a long way away, but it might not be as crazy as it sounds.

Right now, it’s arguable that the UFC’s most dominant champion overall is flyweight queen Valentina Shevchenko. Sure, ‘Bullet’ came close to losing her title to Taila Santos in June, but every fighter has an off day, and the win was Shevchenko’s seventh successful title defense in a row.

Essentially, if she can turn back the challenge of Santos in their likely rematch, there will be little left for her at 125lbs as the next best contenders – Casey O’Neill and Maycee Barber – are still developing their skills.

Therefore, it wouldn’t be a surprise to see ‘Bullet’ go back up to 135lbs, where she came close to beating Amanda Nunes for the bantamweight title back in 2017.

Given that Nunes is not getting any younger and has already shown signs of slowing down – not to mention that she’s openly discussed retirement at times – it’s hardly a stretch to imagine Shevchenko being able to defeat her in a third meeting.

Essentially, this one is highly likely to happen should Shevchenko decide to go for it, particularly if Nunes loses or vacates her title in the near future.

Given that he now holds three wins over Max Holloway, a fighter who was once christened as the greatest featherweight of all time, it’s probably safe to say that UFC featherweight champion Alexander Volkanovski has nobody on his level at 145lbs.

Not only has ‘Alexander the Great’ beaten Holloway, but he also holds wins over Chan Sung Jung, Brian Ortega, Chad Mendes and Jose Aldo. For all intents and purposes, he’s cleaned out his division.

So could the Australian move to 155lbs in an attempt to claim lightweight gold next? And could he pull it off? The answer to both questions might well be yes.

The next lightweight title bout on tap will see former champ Charles Oliveira attempt to regain his crown by beating Islam Makhachev. If ‘Do Bronx’ can win, then he’s already fought most of the division’s top contenders like Justin Gaethje and Dustin Poirier.

Therefore, pitting him against Volkanovski in a massive champion vs. champion fight might make a lot of sense. So could ‘Alexander the Great’ really defeat the Brazilian?

There’s no disputing that it’d be a tricky fight. After all, Oliveira is the most dangerous finisher in UFC history, point blank. However, he’s also hittable and Volkanovski is one of the most technically proficient strikers in the game, and he also possesses world class takedown defense.

Essentially, it’d be a very difficult fight to pick, and Volkanovski would have as good a chance as anyone of beating Oliveira. Given he’d also match well against Makhachev, then the chances of him being able to become a simultaneous double champ in the future seem quite high.

Like Alex Pereira, Khamzat Chimaev is yet to actually win gold inside the octagon, so claiming that he has the potential to become a simultaneous double champion might be a little premature.

With that said, would anyone really bet against him? After all, ‘Borz’ has easily passed every test he’s been thrown so far, usually with flying colors.

He has switched between 170lbs and 185lbs with ease, has stopped more than one of his six opponents without even absorbing a single strike, and he’s shown himself to be deadly both on the feet and on the ground.

In terms of the welterweight division, the only question mark on him is whether he can safely make 170lbs after botching his weight cut badly for his most recent fight. If he can, though, he’d probably be a betting favorite over current champ Leon Edwards and would stand a good chance against former titleholder Kamaru Usman, too.

At 185lbs, meanwhile, the next title bout pits two strikers against each other when champion Israel Adesanya faces top contender Alex Pereira. Given that there are question marks around the takedown defense of both, is it impossible to imagine Chimaev ragdolling them?

Given the ease with which he dispatched a former top-10 middleweight in Kevin Holland last weekend, the answer is almost definitely no.

Right now, ‘Borz’ still has a lot to prove, but he feels like a generational talent – and definitely has the potential to become a double champion in the future. 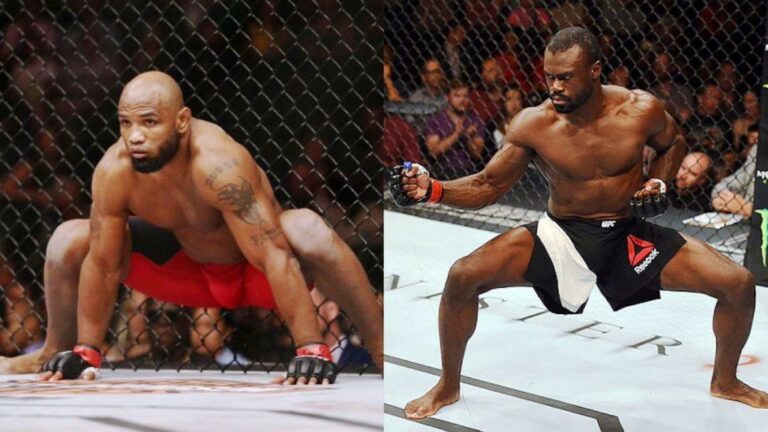 [vc_row][vc_column][vc_column_text]UFC Middleweight Uriah Hall expects victory over Yoel Romero to have a major impact on his career. “I’ve been dreaming of getting Yoel for so long,” Hall said in an interview with MMA Junkie. “Yoel is one of the best. He is among the elite. It is the toughest and best sport in the world,… 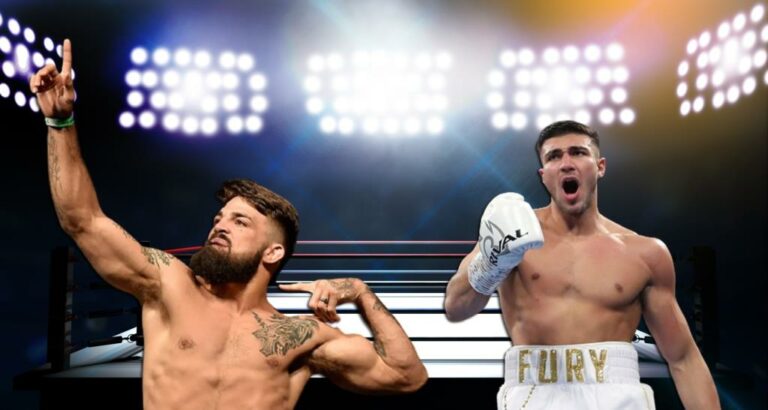 Another famous MMA fighter thought about trying his hand at boxing. American UFC welterweight Mike Perry after watching a boxing match between the former champion of his division Tyron Woodley and video blogger Jake Paul said that he wants to enter the boxing ring. “I enjoyed the event overall. My mom invited us over and… 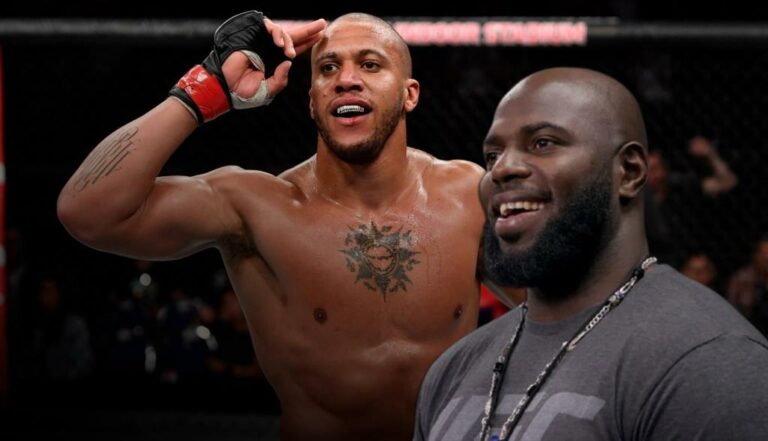 UFC rating heavyweight Jairzinho Rozenstruik said he had no problem in fighting Ciryl Gane on February 27, not March 13. Together with the postponement of the date, their battle received a new status – from the co-main event it turned into the main one, which only made the Surinamese happy. “It’s better to get your… 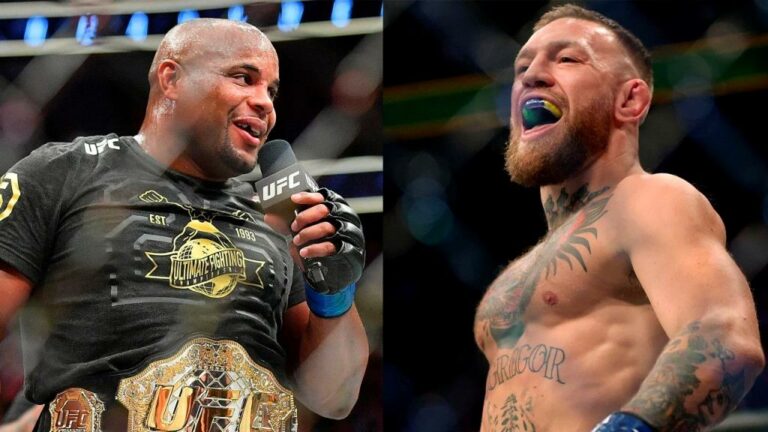 Daniel Cormier doesn’t believe Conor McGregor will return to the UFC just to build up another young fighter. McGregor’s highly anctipiated UFC return remains a mystery as neither an opponent nor a date have been confirmed. ‘Notorious’ has been the subject of call-outs from fighters such as Jorge Masvidal, Michael Chandler and Charles Oliveira. However,… 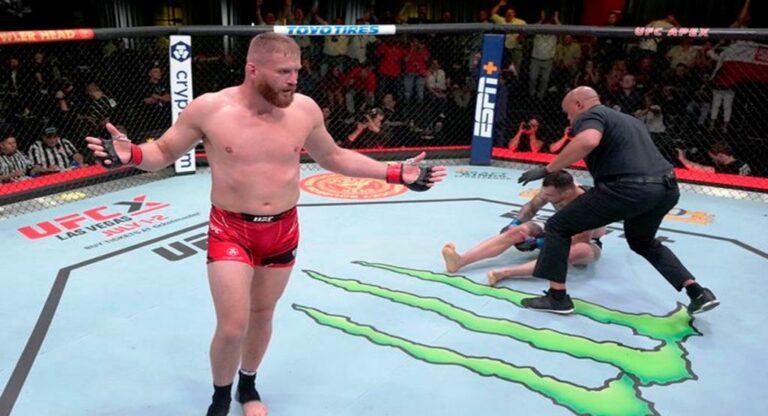 The Octagon returned to Nevada for UFC Vegas 54 event, an eleven-bout fight card headliner by Jan Blachowicz vs. Aleksandar Rakic. Blachowicz (28-9 MMA) returned to action for the first time since losing the UFC light heavyweight title to Glover Teixeira in October of 2021. Prior to that setback, the Polish standout was riding a… 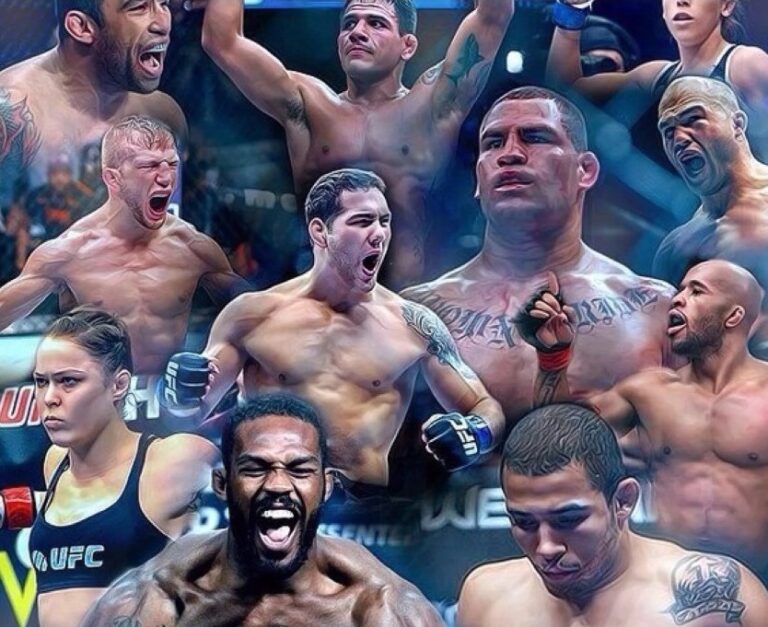 [vc_row][vc_column][vc_separator color=”black” style=”shadow” border_width=”10″][vc_column_text] 5 fighters UFC who have lost their skills. To win the UFC belt in any weight, you need to have a wide range of qualities. Some fighters after reaching their goal can relax and begin to lose their skills. There are enough examples in the history of the promotion when UFC…