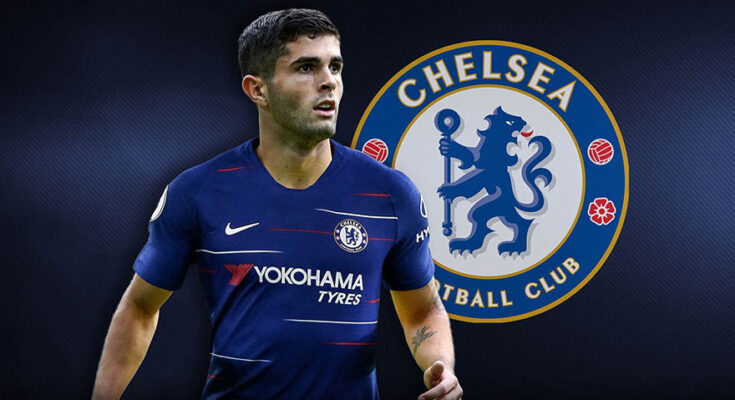 AC Milan and Juventus have reportedly joined the race to sign Chelsea’s Christian Pulisic. The United States of America forward has been linked with a move away from Stamford Bridge to get more game time.

As per a report in the Daily Mail, two Serie A clubs are looking to strike a deal with Chelsea for Pulisic. AC Milan and Juventus are looking to bolster their attack and see the 23-year-old as the ideal choice.

Pulisic played 22 matches in the Premier League last season, a total of 1286 minutes on the pitch. He was not happy, though, as he managed just six goals and two assists in the appearances.

Speaking to the media earlier this week, Pulisic admitted he wanted to play more, but confirmed he was working hard to get opportunities. He added that he is not focused on the transfer rumors right now, and is only thinking about the national team. He said:

“As far as right now, I’m obviously just focused on what I’m doing here. And I’m super excited to be here. And yeah, that’s it. Of course, I want to get more playing time. I want to be on the field as much as I can and be the sharpest I can be and fit as well. And I think I still got a lot of games, but it’s always something that I’m working at and trying to be regular at club level as well to put myself in the best position to be fit when I come here with the national team.”

Frank Leboeuf does not believe things will change for Pulisic next season at Stamford Bridge, and has urged him to consider his options.

The former defender was on ESPN, as quoted by Football.London, when he said:

“I think [there is] a question mark that he is more influential in the national team than Chelsea. With the future at Chelsea, I don’t see him playing a lot. That’s more of advice than my willing to see him leaving. If he still wants to be the ‘Captain America’ next season, he will have to find another team.”

Liverpool have also been linked with a move for Pulisic as they eye a replacement for Sadio Mane.