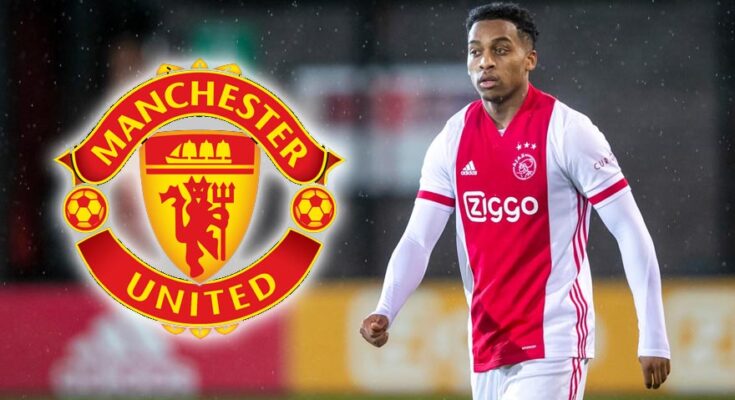 Manchester United transfer target Jurrien Timber has said that he is confident he can develop at Ajax but has remained coy on his future with the Dutch giants.

United are expected to undergo a massive rebuild under the guidance of Erik ten Hag this summer.

Ten Hag is likely to attempt to bolster United’s back-line as the club’s defensive displays were one of the main reasons behind their downfall last season.

The right-back position is seen as an area where the club can improve as Aaron Wan-Bissaka and Diogo Dalot have failed to consolidate their positions. Wan-Bissaka suffered a massive slump in form last season and was heavily criticized for his lack of output in attack. Dalot replaced the 24-year-old in Manchester United’s starting line-up but lacked consistency and defensive solidity.

Jurrien Timber was one of the standout players for Ajax last season as he helped the club win the Eredivisie title. Mainly a centre-back, Timber can also function as a right-back, making him an attractive prospect. The Netherlands international has opened the door to a move away from Ajax as he believes he can continue to develop ‘at other clubs too’.

He could be tempted to join Manchester United as he would be playing for one of the biggest clubs in world football. The 20-year-old will also reunite with former Ajax headcoach Erik ten Hag, under whom Timber made his senior debut during the 2019-20 campaign.