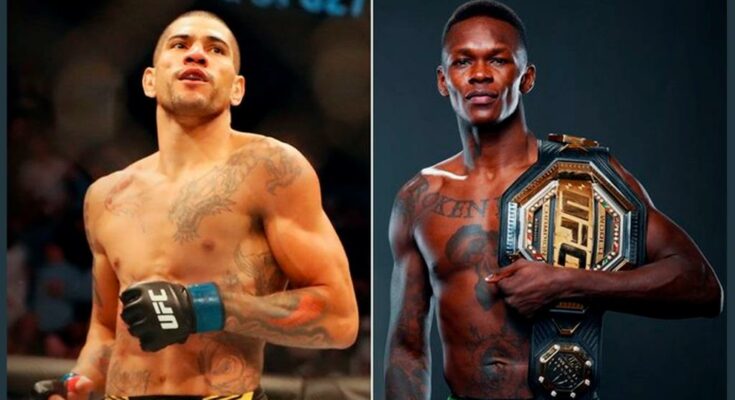 Alex Pereira responded to Israel Adesanya’s callout during a recent appearance on The MMA Hour. Issuing a callout to ‘Poatan’ after defeating Jared Cannonier at UFC 276, Adesanya declared that he’d leave the Brazilian “Frozen like Elsa,” a character from the Disney animated movie Frozen.

Pereira claims to be unaffected by Adesanya’s cartoon references as:

“Look, number one, he spent a childhood watching cartoons. I spent my childhood working at a tire shop, trying to make money, and provide for my family for a better life. I didn’t watch those cartoons.”

Pereira also criticized Adesanya’s lukewarm title defense against Cannonier, accusing the middleweight champ of fooling fans. ‘Poatan’ slammed the Kiwi for not being able to live up to his promise of a dominant showing against ‘The Killa Gorilla’. The former GLORY kickboxing champ further said:

“He’s been fooling the people. He creates expectations like he said that he was going to make the last fight [against] Cannonier look easy and then, makes a show, talks a lot, and goes there with a bummer.”

Alex Pereira has two kickboxing wins over Israel Adesanya going back to their GLORY days. While Pereira continued to add to his already impressive kickboxing resume, Adesanya switched to MMA and went on to assert his dominance over the UFC’s middleweight division.

‘Poatan’ also made the switch later and landed himself a UFC contract after ammassing a 3-1 record. Three UFC wins later, the Brazilian is now likely to make a bid for UFC gold against his former foe.

Pereira believes Adesanya never expected him to make it to the point where he is today. In the aftermath of his recent KO win over Sean Strickland, the Brazilian told Combate:

“Adesanya is surprised that I’m here today. There’s a video from about two years ago where he said I’d be in a bar telling my friends something like ‘Do you see that guy on the TV? The UFC champion. I’ve beaten him twice before’. He never believed I’d be here today and not so quickly. Now look at this. The world kept turning and I’m fighting him in my next fight.” translated via Google