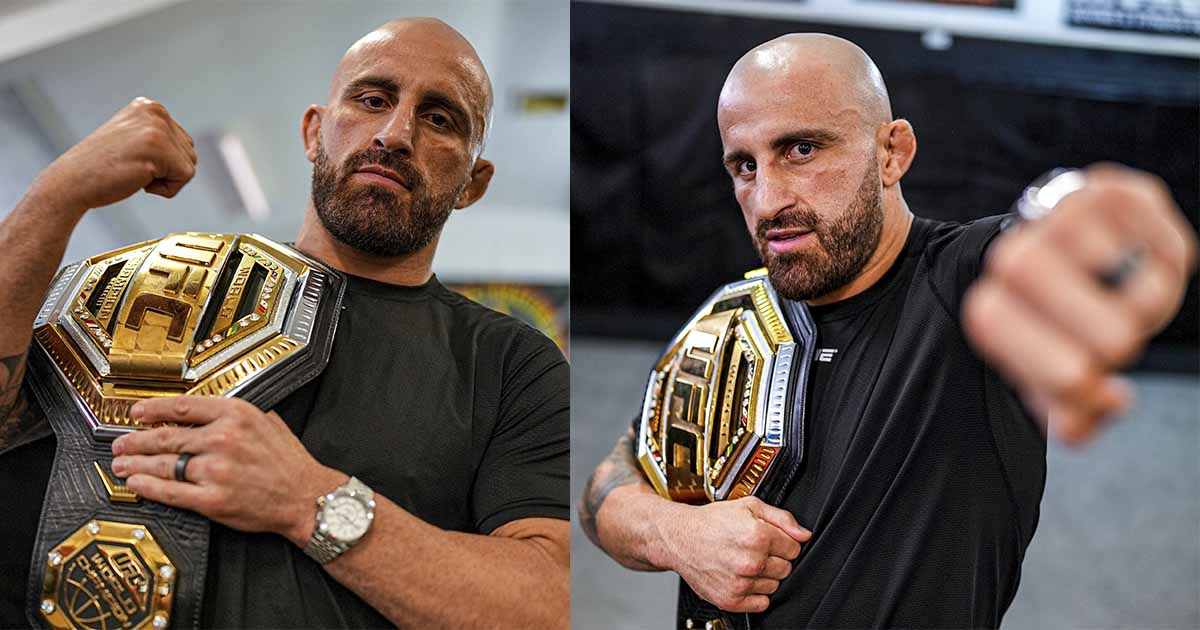 This Saturday night at UFC 273, Alex Volkanovski returns to action as he puts his 145-pound title on the line against Chan Sung Jung – aka The Korean Zombie. If he wins, some have suggested it could move him pretty close to Kamaru Usman in the UFC’s pound-for-pound rankings given what he’s been able to accomplish during his time in the promotion thus far.

Beyond that, though, “The Great” will likely want to try and create a real legacy for himself by putting together a run that leaves him in the overall GOAT discussion by the time he retires.

During a recent interview with Man of Many, Volkanovski spoke candidly about who his three picks would be as the greatest fighters of all-time as of this writing.

“McGregor’s going to obviously have to be in that conversation because you talk about being successful. Does he do some silly things sometimes? Is he a role model? But at the same time, look at the legacy he’s left behind. Look at the money he’s made. He’s successful. He doesn’t even have to fight anymore. Even after this career, we fighters need to have goals, and he showed that. He’s raised the bar when you look at it that way.”

“Then you’ve got guys like GSP who just did everything right. Was true to himself and then was able to still be the man. He’s still got a great legacy and he didn’t have to be someone he wasn’t. That’s something that I look up to and I think is pretty incredible. Has the game changed? Yeah, it has. Have things changed? Yeah, it has. But I mean, for him to do what he’s done and be in the position he is right now, he’s pretty incredible, and be the person he was the whole time I admire that.”

”It’s incredible for him to have such a vision and I’m just starting to get this vision. These are the conversations I’m starting to have now. And even before Izzy was in the UFC, the vision he had of talking about legacy and capturing moments. It took me two years of being the champ to be like, “oh, you know what? Let’s raise the bar.” Because before I was just me. I’m just a humble dude.”

“So to see guys like Izzy, doing what he’s doing. Even right now being true to himself and being still the loyal man he is. Yeah, A lot of people don’t get to see that, but he’s one loyal dude. Family man. And at the same time, he’s got a lot of eyes on him and he’s doing his thing. And whether you like it or not, he’s going to do it. And the eyes are on him, so you’ve got to respect that.”