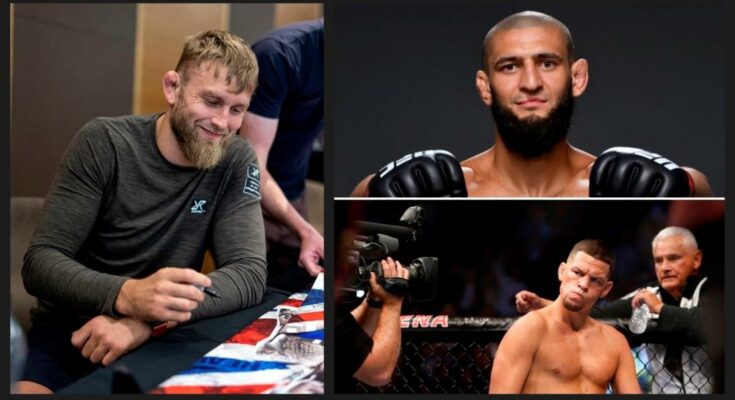 Khamzat Chimaev vs. Nate Diaz has been rumored to take place for a while now. Diaz has always been a game fighter throughout his UFC career. He has fought nothing but the hardest opponents during his time in the organization.

That said, the Stockton native is now 37 years old, and a hungry up-and-comer like Chimaev is not a favorable fight for him.

However, many were skeptical when Nate Diaz took on Leon Edwards in his last fight as well. Despite being dominated for the majority of the bout, Diaz managed to land some shots on ‘Rocky’ at the end of the fifth round and was close to earning a finish. No matter how tough his opponent, it’s hard to count Nate Diaz out of a fight, ever.

Alexander Gustafsson feels his teammate Khamzat Chimaev will be victorious in his fight against Nate Diaz at UFC 279.

Alexander Gustafsson returns to action this weekend at UFC London.

While his teammate ‘Borz’ is set for the biggest fight of his career, Alexander Gustafsson finds himself at a crossroads. ‘The Mauler’ was once regarded as one of the best light heavyweight fighters of the modern era. However, he has been on a rocky road of late.

Alexander Gustafsson is making a return to the 205lbs division after a two-year long octagon hiatus against Nikita Krylov this weekend at the O2 Arena.

Gustafsson, the former multi-time light heavyweight title challenger, is backing his teammate at the Allstars Training Center in Sweden to put on a dominant performance in that fight. ‘The Mauler’ offered his take in a press conference for UFC London:

“Khamzat Chimaev is gonna do what he is doing all the time. Khamzat. He’s gonna go in there and beat him up. He is ready. You put him in front of him, he’s gonna beat him up.”