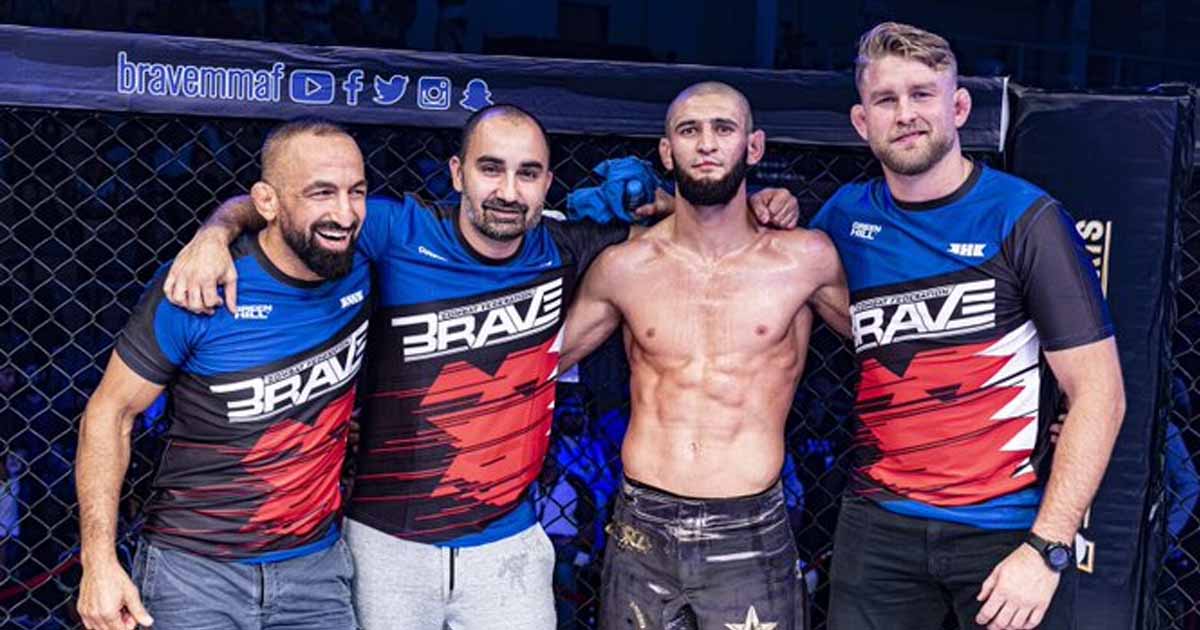 Alexander Gustafsson recently took to social media to hype up Khamzat Chimaev ahead of the Russian-born fighter’s clash with Gilbert Burns at UFC 273 this weekend.

Chimaev and Gustafsson train at the Allstars Training Center in Sweden. The former light heavyweight title challenger will certainly keep an eye out as his training partner faces the toughest test of his professional career till date.

‘The Mauler’ posted an Instagram Story to hype up his teammate.

Chimaev is currently ranked No.11 in the welterweight division. Burns, on the other hand, sits at the No.2 spot in the rankings. Fans are excited to see ‘Borz’ fight a top contender like ‘Durinho’.

As for Gustafsson, he has been out of action since his loss to Fabricio Werdum in 2020. His debut in the heavyweight division didn’t go to planned as the Brazilian submitted him in the first round. ‘The Mauler’ is currently on a three-fight skid.

Chimaev is the bookmakers’ favorite to defeat Burns heading into his UFC 273 fight this weekend. The Chechen-born fighter has displayed unprecedented dominance in his UFC career so far. The 27-year-old has absorbed only one significant strike in his first four UFC fights.

However, his Brazilian opponent is a perennial contender in the division. Burns is also a former title challenger. ‘Durinho’ fought Kamaru Usman for the belt at UFC 258, where he was stopped in the third round.

Gilbert Burns is an expert jiu-jitsu practitioner and has tremendous power in his hands.

On the other hand, Chimaev is an exceptional wrestler. He has tremendous strength and technique that allows him to often ragdoll his opponents. ‘Borz’ is also heavy-handed with his strikes. His knockout over Gerald Meerschaert was a vicious one.

Whether the 27-year-old can impose his fighting style against an experienced campaigner like Burns remains to be seen.

The UFC 273 pay-per-view will also see two title fights take place as the featherweight and bantamweight belts will be on the line.

Featherweight champion Alexander Volkanovski will face Chan Sung Jung in the main event of the card. Furthermore, Aljamain Sterling and Petr Yan will finally rematch for the bantamweight title in the co-main event.