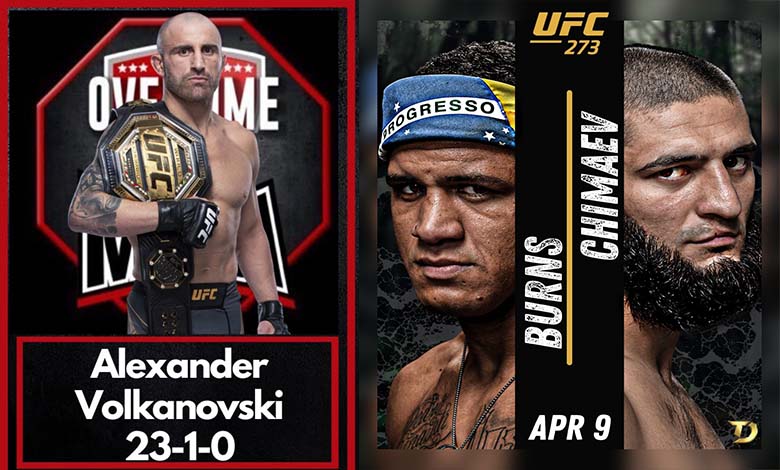 In a recent interview with James Lynch on the latest edition of the MMA Pros Pick, Volkanovski admitted that he is expecting Chimaev to dominate the fight against ‘Durinho’. While ‘The Great’ acknowledged Burns “crazy” grappling skills, he is of the view that ‘Borz’ is more equipped to beat the Brazilian welterweight.

“Obviously he’s [Khamzat Chimaev] got a lot of hype. So, people that don’t really know the sport are expecting him to win but people that really do know the sport are probably [are of the view that], ‘yeah Burns on the ground, you know world champion’. They’ll be surprised if Chimaev goes out there and just mauls him and I feel like that’s what gonna happen. I feel like that is where Chimaev is at right now. I think he is actually gonna go out there and show some dominant performance which is gonna be pretty incredible against someone like Burns.”

Chimaev has been one of the brightest prospects in the UFC in recent times. He remains undefeated in the UFC so far with a pro record of 10-0. His last fight was against Li Jingliang at UFC 267 where he scored a victory via a first-round submission.

Meanwhile, Gilbert Burns last defeated Stephen Thomson at UFC 264 via unanimous decision. With a pro record of 20 wins and 4 losses, he is one of the most sought-after fighters in the division.