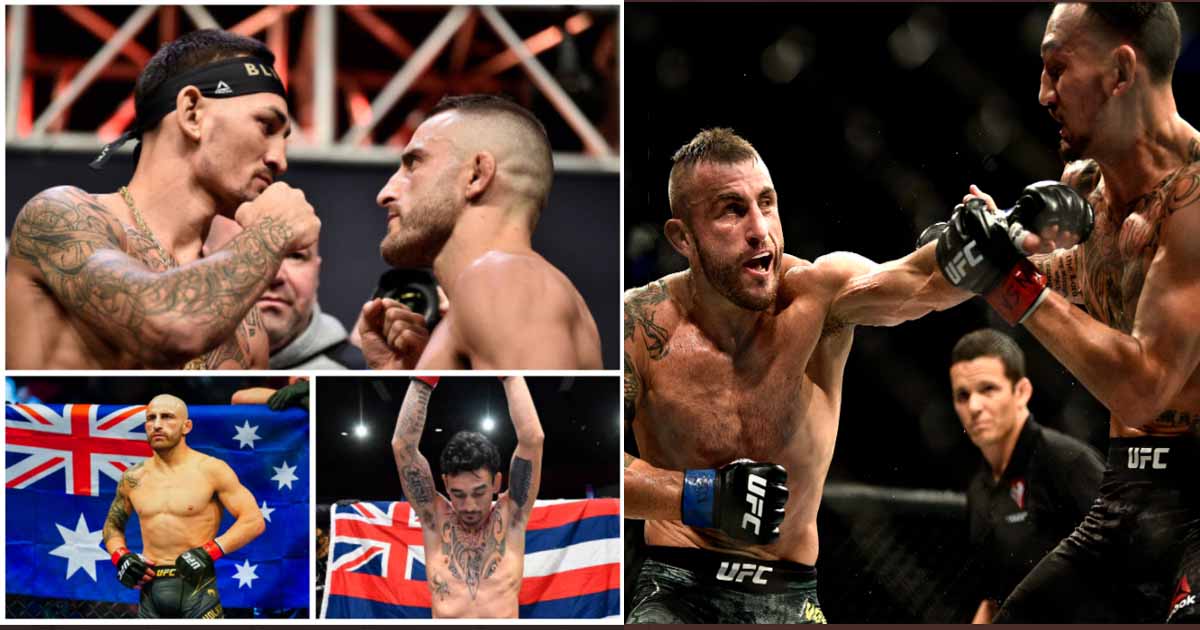 UFC featherweight champion Alexander Volkanovski believes a trilogy fight with Max Holloway is likely to be the next order of business should he emerge victorious at UFC 273.

‘The Great’ recently made an appearance on ESPN MMA’s DC & RC show to discuss his upcoming fight on April 9. During the interaction, the Australian talked about the possibility of a third fight with the ‘Blessed’. Volkanovski said that he’s open to it, but only if it’s booked for the right reasons.

“I wanna make these decisions for the right reasons. I’ll be honest, I wanted that trilogy just to shut up the haters… that’s what it was all about. Right now, if I want that trilogy, it’s because the money’s good, it’s because the pay-per-views are gonna be good, it’s because everyone wants to see it, because he’s the next in line… Right now, that does seem to be what will be next but I’ve got Zombie to worry about. I’m gonna give him my respect. He’s got my full focus. I expect to go there and do my thing and get my hand raised and then we’ll see what’s next.”

Volkanovski was originally matched up for a trilogy fight with Holloway for his next defense. However, ‘Blessed’ had to pull out due to an injury. His place was taken by ‘The Korean Zombie’ Chan Sung Jung, who will challenge for the Aussie’s place on the featherweight throne at UFC 273.

Alexander Volkanovski and Max Holloway have had two razor close fights that have seen the two elite featherweights share the octagon for a total of 50 minutes.

Volkanovski managed to win both those fights. While the first fight, which went down at UFC 245, was a unanimous decision win for ‘The Great’, the rematch at UFC 251 saw the champ fall on the right side of a split decision verdict.

After two losses, Holloway put on back-to-back impressive performances to seemingly secure the trilogy clash. He got past Calvin Kattar and Yair Rodriguez n 2021 main evets.

If Volkanovski manages to win on April 9, the trilogy fight against Holloway will likely be the next matchup for him.

Catch the full episode of DC & RC below: