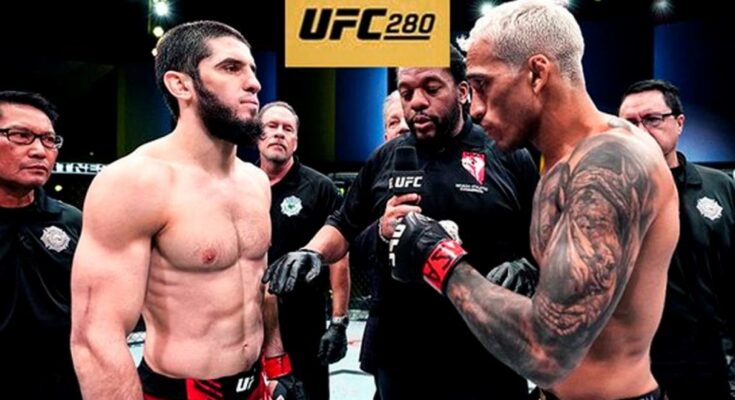 Alexander Volkanovski has revealed he’s ready and willing to fill in for the lightweight title bout at UFC 280 should something prevent Charles Oliveira or Islam Makhachev from competing.

Despite breaking and dislocating his left hand in a hyped trilogy win over Max Holloway at UFC 276 three weeks ago, Australia’s No.1 fighter is already back in the gym doing strength, conditioning, even kickboxing workouts under the supervision of head coach Joe Lopez.

Volkanovski’s performance at UFC 276 against Max Holloway will go down as one of the most dominant displays from a UFC champion in recent memory.

For the third time, the Australian won via decision but never looked better as he dismantled ‘Blessed’ for five rounds. During his post-fight press conference, the 33-year-old confirmed he’s interested in making the step up to lightweight.

In a recent interview with The Daily Telegraph, Alexander Volkanovski reaffirmed his desire to move up a division and revealed that he’s interested in waiting in the wings at UFC 280:

“So If I’m fit enough, do I stand by and be ready [for UFC 280] just in case someone gets injured, which I’ve got a feeling someone will? Go and stand by so no one can take that opportunity away from me?… We’ll see if it’s doable and I might be making that trip to Abu Dhabi.”

Alexander Volkanovski has been undefeated since making his UFC debut in 2016 (12-0). Excluding one submission attempt from Brian Ortega, Holloway is the only featherweight that has ever posed any real threat to the Australian in the octagon.

After defeating ‘Blessed’ for the third time, it is unsurprising that Alexander Volkanovski is looking to challenge himself by stepping up a weight class to face tougher competition.