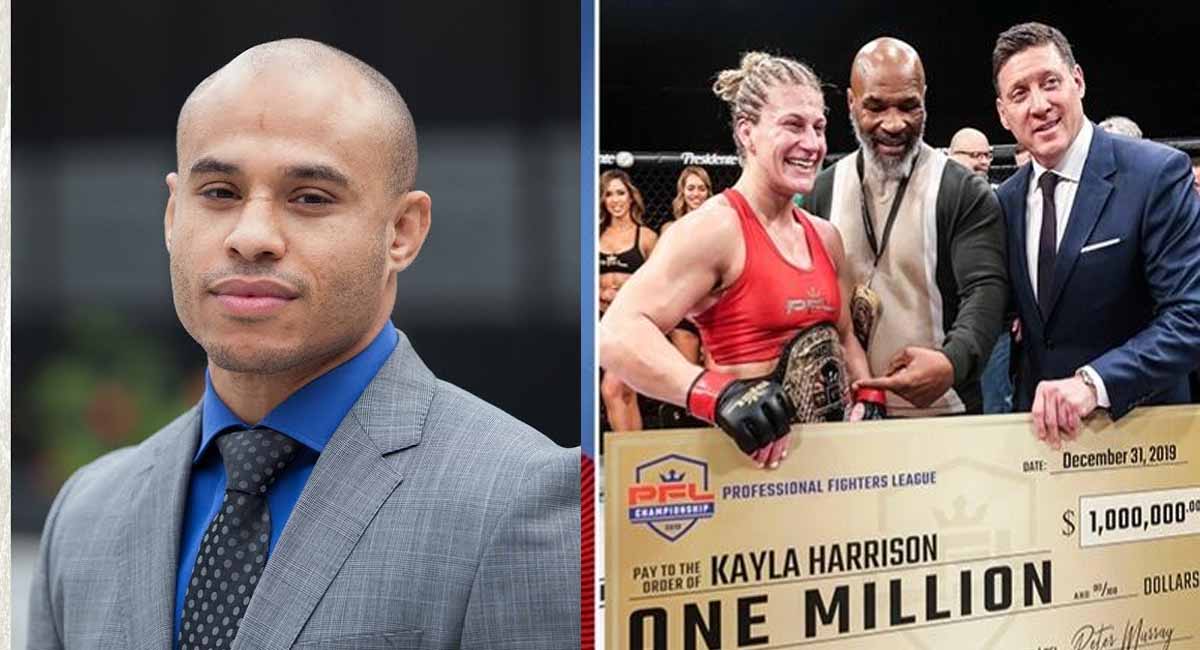 According to Abdelaziz, nobody else in the UFC can even get close to what Harrison is making in the Professional Fighters League (PFL).

“Kayla Harrison makes seven figures every fight. Harrison have a stipend. Harrison have everything she can ask for. The people who make more money outside Kayla Harrison in the UFC now, maybe Kamaru and Conor. Outside this, I gaurantee, nobody gets even close [to] what she’s making. She gonna make in five months what champion don’t make in their whole career.”

Harrison started her MMA career in the feeder league PFL where she is currently 12-0. The former two-time Olympic gold medallist went on to win two PFL lightweight championships.

After a long run as a free agent, Harrison recently signed back with the PFL after her home promotion matched a lucrative deal from Bellator.

Julianna Pena and Kayla Harrison have been at odds with each other since ‘The Venezuelan Vixen’ fought Harrison’s former teammate Amanda Nunes at UFC 269 last year.

After Pena scored a huge upset victory over ‘The Lioness’, there was talk of a potential bout between Pena and Harrison if the latter were to sign with the UFC.

However, the UFC failed to bring the former Judoka on board as she signed a multi-fight deal with the PFL.

Interestingly, Pena recently took a dig at Harrison for making a career out of beating tomato cans in the PFL. The UFC bantamweight champion told Ariel Helwani on The MMA Hour:

“How easy is it to say, ‘I’ll beat Julianna with one arm tied behind my back,’ and then sign a seven-year contract to PFL right after, the next day. It’s easy to talk s*** when you know nothing’s going to happen from it. So that’s my whole angle. Kayla’s just running her mouth because she knows nothing’s ever going happen of it, you know? She just signed her life away to PFL. So best of luck with that. I hope it’s good. Make your career off of beating tomato cans. That’s great.”

Watch Pena’s interview with Helwani below: