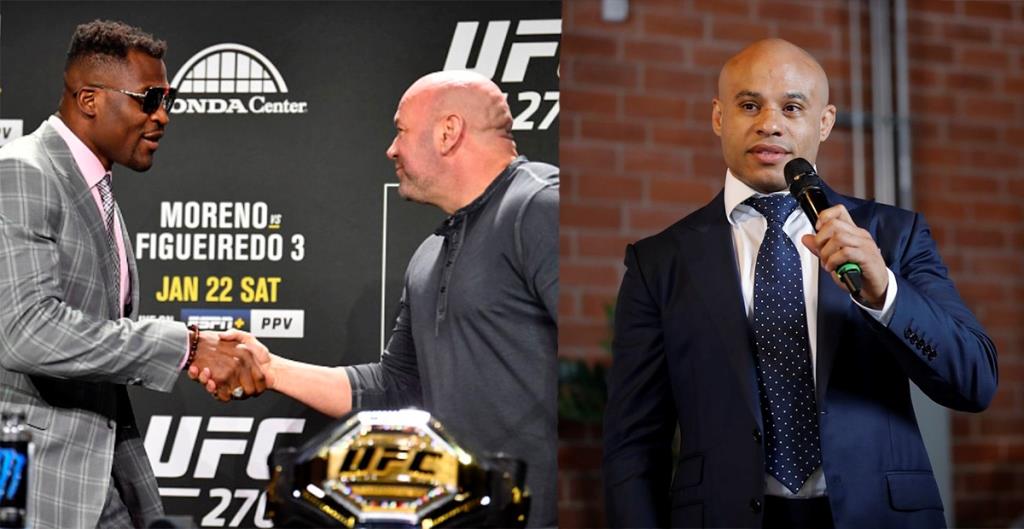 One of the most prominent MMA managers in the world believes the UFC heavyweight champion is doing the right thing by standing up for what he wants.

Head of Dominance MMA, Ali Abdelaziz, supports Francis Ngannou’s ongoing contract dispute with the UFC, while believing both sides will eventually come to terms on a new deal.

“If anybody deserves to be paid, it’s Francis,” Abdelaziz recently told MMA Junkie. “You look at the story, the guy come from Cameroon, went to Moracco, got on a plastic boat to Europe – the man has a strong will.

“The man has a strong will, but Dana White been waiting 20 years for someone like Francis to arrive, to be on the scene, to become the baddest heavyweight on the planet. This whole narrative that Dana White doesn’t like Francis, I think is wrong. It’s almost impossible not to like Francis. He puts on great shows. He’s a great human being and I think it’s a lot of ego involved.”

Ngannou entered UFC 270’s title unification bout against Ciryl Gane on the final fight of his UFC contract, despite the best efforts from both sides ahead of the bout. Since he won, the current deal was extended for three more fights or a calendar year.

The champ and his representation, Marquel Martin of CAA Sports have expressed money is only a part of the issue and they would like to have the freedom they believe a fighter labeled as an independent contractor should have.

“Francis said it’s not about the money, it’s about freedom,” Abdelaziz said. “Francis wants to box, right? That’s his dream. I think Dana White could make his dream come true because he’s the baddest promoter on this planet. If you want to promote a fight against Tyson Fury, he’s an ESPN guy, Dana’s an ESPN guy, you bring both of them and make this fight happen. I think they need to kill all the noise, stop talking to the media, stop tweeting stuff, stop putting stuff on Instagram. Both sides.”

Negotiations could go on for the foreseeable future, considering Ngannou will soon undergo surgery to repair the injured knee he fought with at UFC 270. The champ will then face a nine-month recovery period before preparing for his next fight, which gives both sides plenty of time to iron out the details on a potential new contract.

“Francis probably left in the last two fights $12 million on the table,” Abdelaziz said. “This is a courageous man. How you not gonna respect this man and this man come from nothing? Do I think it was the smartest thing to do? Absolutely not. I don’t think you should leave this kind of money on the table, but his main thing is he wanted to box. I think Dana White will let him box, but it has to be, ‘I’m gonna be a team player here, we’re gonna work together.’”