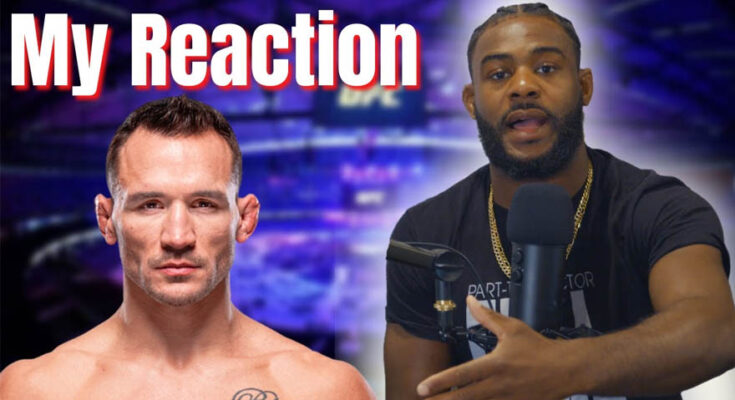 Aljamain Sterling has responded to Michael Chandler’s recent claim that Ultimate Fighting Championship (UFC) fighter pay is right where it needs to be given how hard the promotion works in comparison to its athletes.

The two have very different stances on the subject and they have been going at each other.

“I think people think we should make a lot more money because the UFC makes a ton of money on their shows,” Chandler said on the How U Livin J Piven podcast.

“Well, UFC’s been at it since 1993. Dana White has had 10,000 sleepless nights when most of us fighters are just showing up to practice and going to bed, laying our head on the pillow and getting after it, and getting paid a decent wage for what we do.”

Sterling broke down the financial reality of many fighters coming up in the organization and how thin the margins are recently on his personal YouTube channel.

Aljamain Sterling went on a long rant on the subject and he’s been in the organization for a very long time. The UFC bantamweight champion broke it all down.

“Michael Chandler, you’ve been competing since you were out of the womb pretty much. What about all your sleepless nights of training, cutting weight? What about all the other fighters training, cutting weight? You can’t say all we do is go to the gym, train, sleep and repeat. Some of us have second jobs. I had a second job all the way through my career until after I beat ‘Tanquino’ [Augusto Mendes].

“I came into UFC at eight and eight, $8,000 to win, $8,000 to show,” Aljamain Sterling continued. “So if step on the scale, I show up, and I step into the Octagon, I make $8,000. Before taxes, before expenses, just to get to the fight, travel expenses, all that, food, equipment, we’re not talking about any of that included.

“Now, you guys do the math,” the UFC star said. “I’d have been making $56,000 starting, in Long Island [New York], as a physical education teacher, plus benefits, plus a retirement. So when you weigh that out, for Michael Chandler to say fighters just wake up, train, go to sleep, that’s kind of like, do you not value what you bring to the table for your bosses?”

“If you get to a certain threshold, there should be a bottom line minimum of what everyone should get, which should be enough to sustain themselves from not having or needing to work another job,” Aljamain Sterling suggested.

“At the end of the day, Chandler, you and I could agree that there is more to spread around for the fighters based on the numbers that have been shown and revealed,” Aljamain Sterling said. “I’m not saying the UFC doesn’t do a great job of making sure they’re making millionaires, but to say we couldn’t be doing more, couldn’t be doing better for the fighters, I think you’d be lying to yourself. But it is what it is. I think brighter days are going to come eventually.”