Aljamain Sterling keeping a close eye on the happenings in his division, revealed which bantamweights he views as potential title contenders 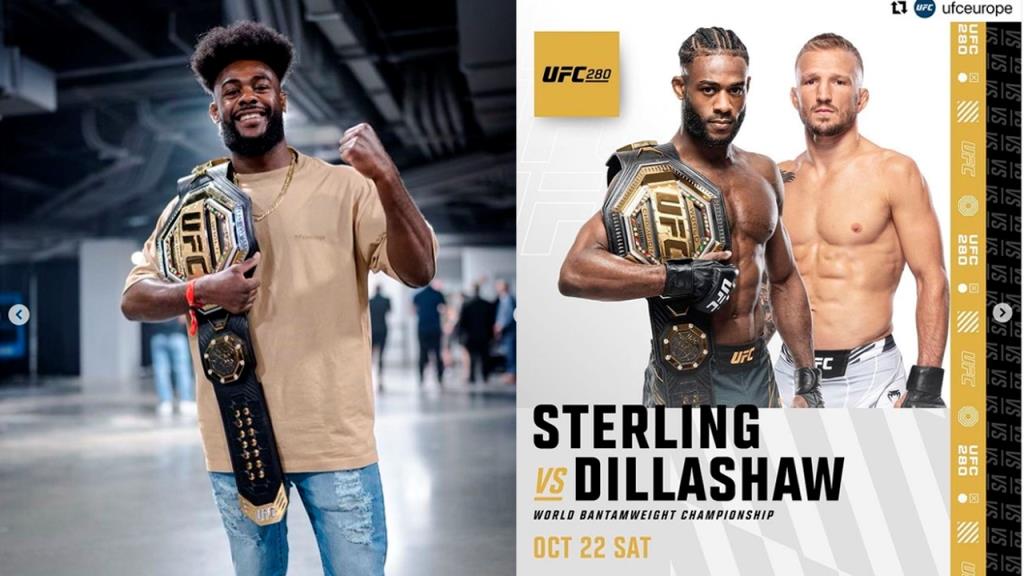 Reigning UFC bantamweight champion Aljamain Sterling is seemingly keeping a close eye on the happenings in his division. Speaking of which, ‘Funk Master’ has now revealed which bantamweights he views as potential title contenders.

In the latest edition of his podcast, The Weekly Scraps, Sterling referenced a pair of pivotal upcoming bantamweight bouts. One of those bouts was the much-awaited matchup between the No.5-ranked Marlon Vera and the No.8-ranked Dominick Cruz. Vera will face former UFC bantamweight champion Cruz in the headlining matchup at UFC San Diego on August 13.

The other bout was the No.6-ranked Merab Dvalishvili’s matchup against the current No.3-ranked bantamweight and former UFC featherweight champion Jose Aldo at UFC 278 on August 20. Sterling asserted that he views both aforementioned matchups as semi-finals in a tournament bracket. Addressing the Vera-Cruz clash, Sterling stated:

Aljamain Sterling has insinuated that the winner of the Dvalishvili-Aldo matchup could fight him for the UFC bantamweight title. However, Sterling will first have to defend it against former UFC bantamweight champion T.J. Dillashaw at UFC 280 on October 22.

Speaking of the Dvalishvili-Aldo fight, Sterling’s latest insinuations appear to be in contrast to his previous assertions. ‘Funk Master’ had previously hinted at moving up in weight to pursue the UFC featherweight title in order to avoid fighting his friend Dvalishvili in a potential bantamweight title bout. Sterling said:

“After Merab’s next win, I will probably have to move up, to allow him his chance that he earned, to make history for Georgia to win a world title. We will figure it out.”

Another interesting variable at play is that Dvalishvili recently teased a possible move down in weight. In an interview with Helen Yee, the Georgian fighter emphasized that he’ll never fight Sterling even if it’s for the bantamweight belt. Moreover, Dvalishvili claimed that he aims to beat Aldo in their bantamweight bout and would then probably move to flyweight to avoid fighting Aljamain Sterling.

Watch Sterling discuss the topic in the video below: