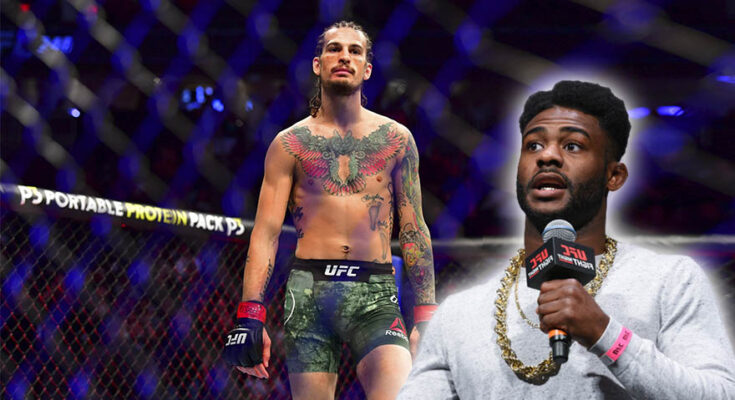 According to Aljamain Sterling, he thinks that Sean O’Malley lacks the strength to compete in the bantamweight division due to his body physique.

‘Funk Master’ believes that he could break ‘Sugar’s’ ribs with a standing bodylock.

During his recipient appearance on The Joe Rogan Experience podcast, the current UFC bantamweight champion talked about Sean O’Malley.

Joe Rogan and his guest discussed the current division status, with Rogan asking at one point about O’Malley getting a title shot.

Sterling praised O’Malley for his analytical skills but stated that he would beat ‘Sugar’ with a standing bodylock. He went on to say that no one can be so large and strong at the same time as everyone lacks something or the other. In this case, the champion was referring to O’Malley’s strength.

“I feel like If I grab that guy and put a bodylock on that guy I’d probably break his ribs and get a submission win with a standing bodylock.”

He also pointed out that O’Malley’s strengths are his footwork and his faints.

Aljamain Sterling has plenty of candidates to challenge him for his bantamweight title. There are rumors stating that Jose Aldo could get a title shot next, but the champion would rather take on T.J. Dillashaw, who is a former bantamweight titleholder.