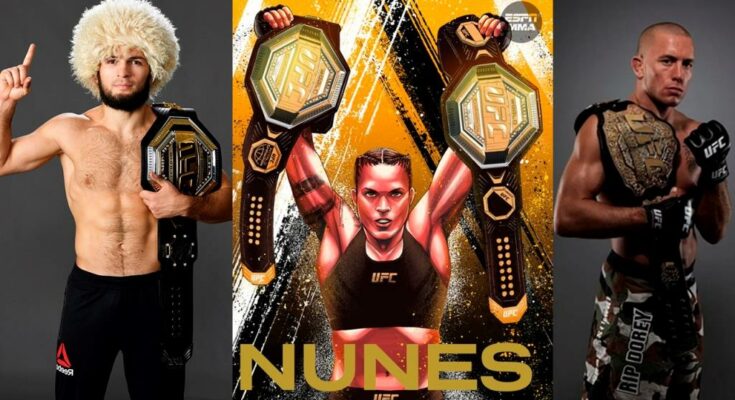 Amanda Nunes believes she’s established that she’s a better fighter than Julianna Pena with her performance in their rematch. In their first fight, Pena forced the Brazilian to tap via rear-naked choke in the second round. Having said that, the fight was a back-and-forth encounter until the finish.

In the rematch, however, Nunes was thoroughly dominant and didn’t allow Pena to grab a foothold in the fight at any moment. At the post-fight press conference, ‘The Lioness’ claimed that she could have finished the fight if she wanted to, but chose not to.

Amanda Nunes will undoubtedly go down as one of the greatest fighters to have ever stepped inside the octagon. If there were any doubts about her ability to overcome adversity in fights, she removed them all with her dominant performance at UFC 277.

Nunes ran it back with Julianna Pena in the pay-per-view headliner. After suffering a shock defeat against Pena last time around, there were doubts as to whether Nunes had enough fire and motivation to recapture the women’s bantamweight gold.

Nunes dominated the fight from beginning to end, leaving Pena bloodied and battered by the time the fight was over. ‘The Lioness’ won the fight via a lopsided unanimous decision. With the win, Nunes became just the third fighter in UFC history, after the legendary Georges St-Pierre and Khabib Nurmagomedov, to have won a UFC title fight with a 50-43 scorecard.

St-Pierre was the first to achieve the feat against Jon Fitch back in 2008. Nurmagomedov was the next to do so when he defeated Al Iaquinta to become lightweight champion back in 2018. Now, Nunes has joined the elite club with her win over Julianna Pena at UFC 277.