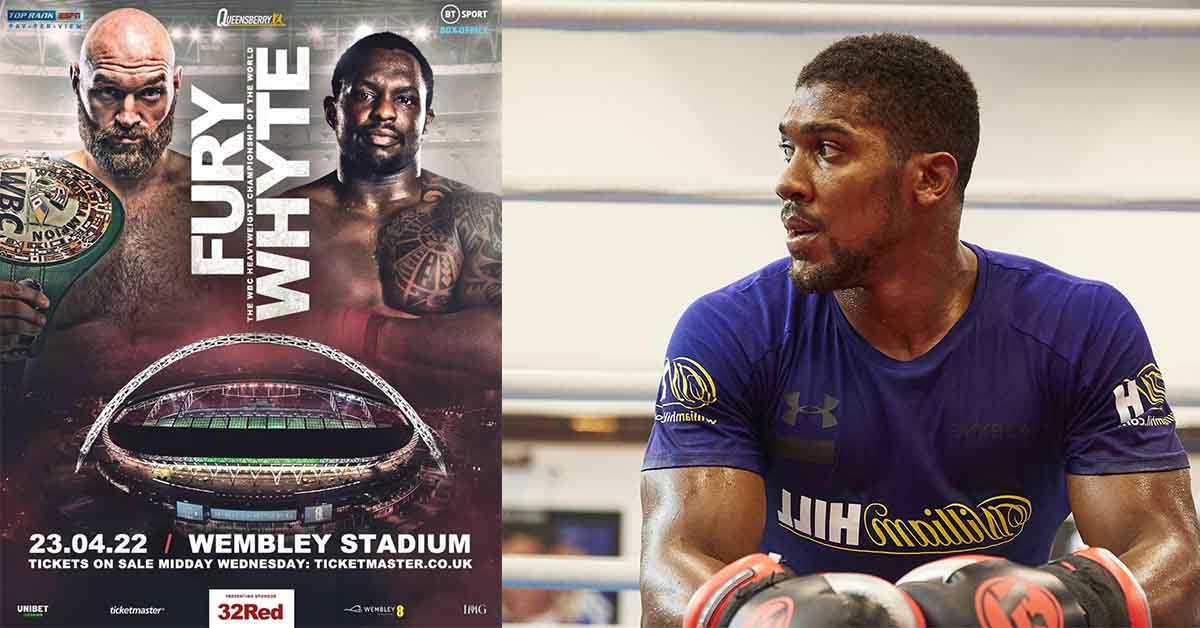 Anthony Joshua will be cheering on Dillian Whyte when he takes on Tyson Fury – even though he still ‘hates’ his London rival.

Whyte will challenge for the world title for the first time in his career when he takes on WBC champion Fury at Wembley Stadium on 23 April.

The Brixton heavyweight went to war with Joshua back in 2015 with the two Londoners sharing a vicious rivalry while establishing themselves in boxing’s blue riband division.

Joshua secured a huge seventh round knockout that night and the two have remained rivals since then.

But the former champion hopes to see Whyte cause a major upset against Fury – even offering some tactical advice to help bring down ‘The Gypsy King’.

It’s a good [quality] defence,’ Joshua told IFL TV. ‘Dillian Whyte needs to come in look at what Tyson Fury does and reacts to and do the complete opposite.

‘Maybe work the body and be conditioned to go the distance, but I hope Dillian trains hard and doesn’t underestimate Tyson.

‘I’m rooting for Dillian, even though I hate him and I want to smash him one of these days. Go on Dillian, I’m with you all the way.’

Joshua meanwhile is preparing for his rematch with Oleksandr Usyk, having lost his IBF, WBO and WBA titles to the Ukrainian last September.

Usyk last week returned to his homeland following the Russian invasion with Joshua passing on a message of support to the champion.

‘I’ve learned sports and politics go hand in hand. They are powerful voices and it is good they are speaking up. They are not pushing for war, they are saying let’s find peace so good luck to them.’

Roy Jones Jr. has made it known that he can train Anthony Joshua to defeat Oleksandr Usyk

Boxing News: Tyson Fury – “Dillian Whyte has got his own problems with the WBC and it’s got nothing to do with me”