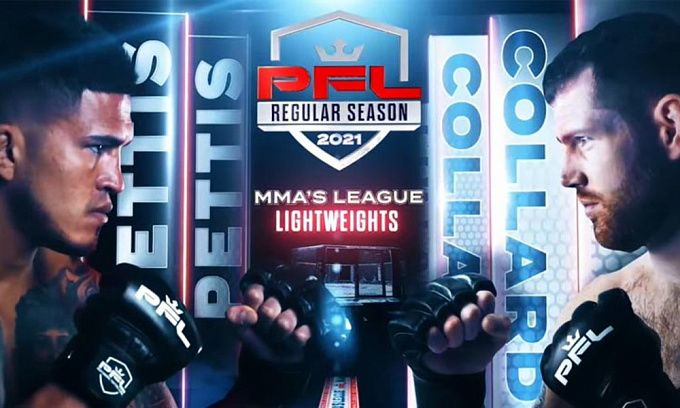 Former UFC lightweight champion Anthony Pettis (24-10), who will debut under the auspices of the PFL promotion this week in a fight with fellow ex-UFC fighter Clay Collard (18-8), spoke about the upcoming fight.

“Can not wait. He’s one of those guys who love to fight. He fought in the UFC, he is a boxer, a representative of combat sports, but unfortunately for him, I’m too good now. It’s all about my mood. When someone asks me, “Hey, did you watch this fight?” No, I didn’t. I don’t really care about his skill set. I know at what level I’m fighting, and it was my mistake to let my mind wander during those fights. I thought about something else, I thought differently from before in my career. I was obsessed with the idea of ​​becoming a champion. Then you get older and you become a champion, you do what you have to do, and your thoughts start to wander. But if you’re not 100% focused, if out of an hour of training you spend 30 minutes somewhere, then you miss 30 minutes of the potential opportunity to kick this guy’s ass. So I got addicted to how I psychologically feel about training, which made me deviate, come back. And I did it in my last fight “

Anthony Pettis expressed confidence in his prediction for the fight with Collard that his advantage in striking technique will play a key role in this fight.

“I’m going to make a name for myself like ‘This is Anthony Pettis in the PFL.’ “The Pettis League” is coming. I don’t want to put too much pressure on myself, invent and invent “Showtime” strikes, but at the same time, this is exactly what will happen. The way I move, this guy has nothing to oppose me. It won’t do anything that I haven’t seen before. I was there with the best of the best, my face was covered in blood, but I went ahead anyway. He will not interrupt me, and his technique is no better than mine, so I will go out there and just give myself free rein. “

Recall that the fight between Anthony Pettis and Clay Collard will be the main event of the PFL 1 (2021) tournament, which will take place on April 23 in Atlantic City (New Jersey, USA).