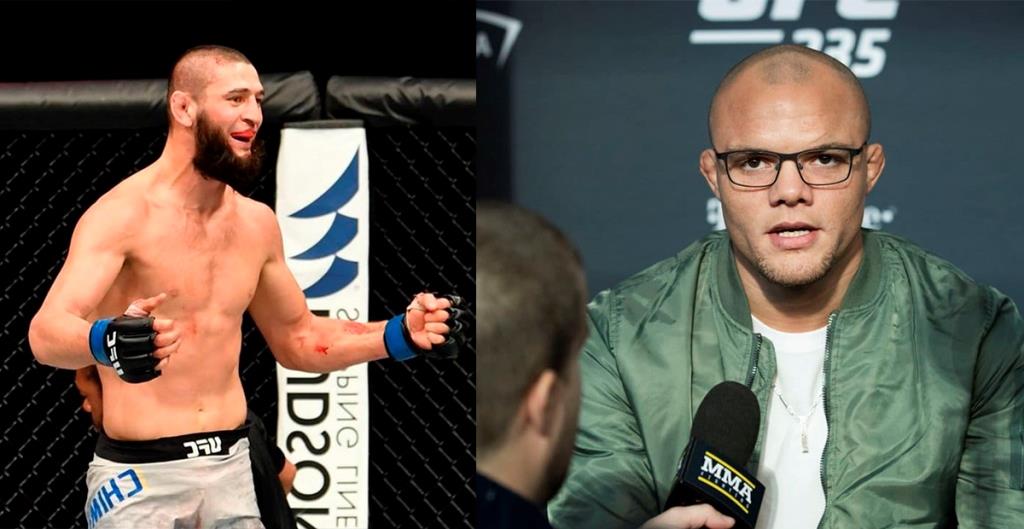 Anthony Smith said that he already knew about Khamzat Chimaev long before ‘Borz’ ever made his debut in the UFC.

The former UFC light heavyweight title challenger, Smith (36-16 MMA), made an appearance on Michael Bisping’s ‘Believe You Me’ podcast where he recalled being told stories about Chimaev:

“Other people said it first, so now I can say it out loud. I’ve heard the stories of Chimaev for years, like a couple years before he was even in the UFC. I remember hearing his name, some young kid that’s ragdolling Ilir Latifi and Gustafsson down in Sweden.” Smith said

“Even when he finally made it to the UFC, beat a couple of guys and looked really good, I kept that to myself until other people had told the story like, ‘Hey man, I’ve been hearing the stories about this kid beating the sh*t out of those guys for a long time.”

Chimaev (10-0 MMA) last competed at October’s UFC 267 event, where he needed less than a round to dispose of ranked welterweight Li Jingliang. That contest was Khamzat’s first since September of 2020, where he had scored a sensational 18-second knockout win over Gerald Meerschaert.

The UFC has yet to make the bout official, but both fighters have weighed in: