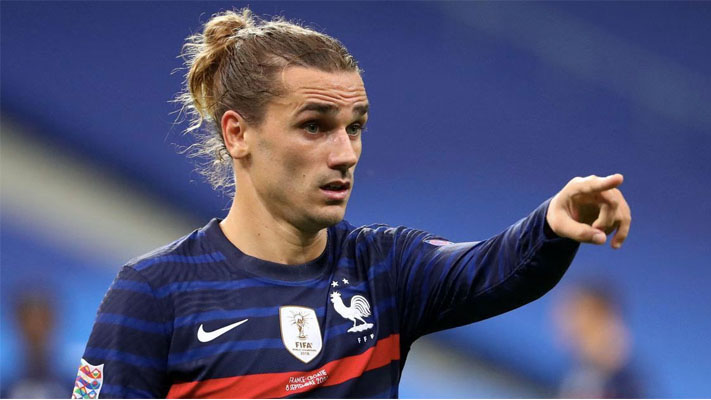 The Germans lost 2-1 to Japan in their opening group-stage game and only managed a 1-1 draw against Spain. There was too much for them to do on Matchday 3.

Even a 4-2 win against Costa Rica on December 1 wasn’t enough to help Germany qualify for the last 16. Japan, who beat Spain on the same day, advanced as group winners with La Roja in second position.

After the game, a dejected Kimmich poured his heart out in an interview with Sport 1 (h/t Fabrizio Romano on Twitter). He said:

“This was the worst day of my career. I’m afraid I’ll fall into a hole. It makes you think that these failures are connected to my person. I joined in 2016, so being associated with failure is not something you want to stand for.”

Griezmann, who is in the France squad for the World Cup in Qatar, replied to Kimmich’s quotes and offered him support. The Atletico Madrid forward tweeted:

“You are a great player! You will be up again Joshua 🤍”

Les Bleus are in the last 16 and will face Tunisia before being drawn against either England or Senegal in the quarter-finals.

For Germany, this is just the second time in their history that they have failed to advance from the first group stage at a FIFA World Cup.

The last time it happened was in 2018 in Russia, where Kimmich was a part of their squad. He was also present in the German squad that was eliminated from the 2020 UEFA Euros by England in the last 16.

Apart from Germany, Belgium’s elimination would have caught the eye of football fans around the world.

The Belgian Red Devils amassed four points in Group F, which was only enough to see them finish third. Croatia finished in second place, while Morocco emerged as the surprise group winners.

Manager Roberto Martinez announced his decision to quit his job following their elimination. This could be the last FIFA World Cup where the country’s ‘golden generation’ plays side-by-side on the pitch.

Kevin de Bruyne has already admitted that Belgium were not favorites to win the tournament as their squad is too old. The current batch will be four years older by the time the 2026 FIFA World Cup comes around.