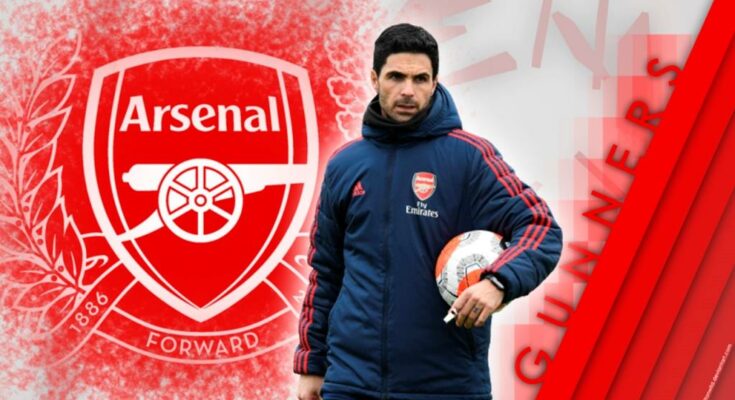 Arsenal have plenty of options upfront amid links with multiple forwards

Arsenal have already added two quality forwards in the ongoing transfer window. Gabriel Jesus arrived as their marquee signing of the summer from Manchester City. They also secured the signature of Brazilian youngster Marquinhos from Sao Paulo.

The Gunners also have other exciting prospects in attacking areas for the 2022-23 season. Saka, Gabriel Martinelli and Eddie Nketiah have performed well in the pre-season, while Emile Smith Rowe showed plenty of promise last season.

Arteta can also call upon Nicolas Pepe, who recently hinted via social media that he was keen to do well for the Gunners this season.

Pepe played only 23 times in all competitions last term, scoring three goals and laying out six assists while averaging 41.3 minutes per appearance.

Premier League giants Arsenal are reportedly working on signing a winger before the end of the ongoing summer transfer window. The club want to provide cover and competition for Bukayo Saka.

According to the Express, PSV Eindhoven forward Cody Gakpo is among those on the Gunners’ radar. They have also been linked with West Ham United winger Jarrod Bowen and Bayern Munich wideman Leroy Sane. However, the club are yet to make a move to sign either player.

The report added that Arsenal are working under the radar for their ‘mystery’ signing following their failure to bring in Raphinha and Lisandro Martinez.

While the former joined Barcelona, Manchester United officially announced their acquisition of Martinez on Wednesday (July 27).

Mikel Arteta’s side were in the mix for both players but ultimately failed to get those deals over the line. Consequently, club sources are reportedly tight-lipped about the Gunners’ plans for their next signing.

The Express’ report went on to state that Gakpo will be available for a fee between £33.5 and £38 million. It also added a quote from transfer expert Fabrizio Romano, who stated that Arsenal know who they want to sign. Romano said:

“For Arsenal, we will see if they go for another winger. I will try to let you know who is the player [they’ll target]. I have an indication but I can’t speak yet because I have to check & I want to make sure I’m mentioning the right name!”

Gakpo impressed for PSV last season, scoring 21 goals and laying out 15 assists in 47 matches across all competitions. Thanks to his exploits, the Dutch outfit lifted the KNVB Cup and made it to the quarterfinals of the inaugural UEFA Europa Conference league.