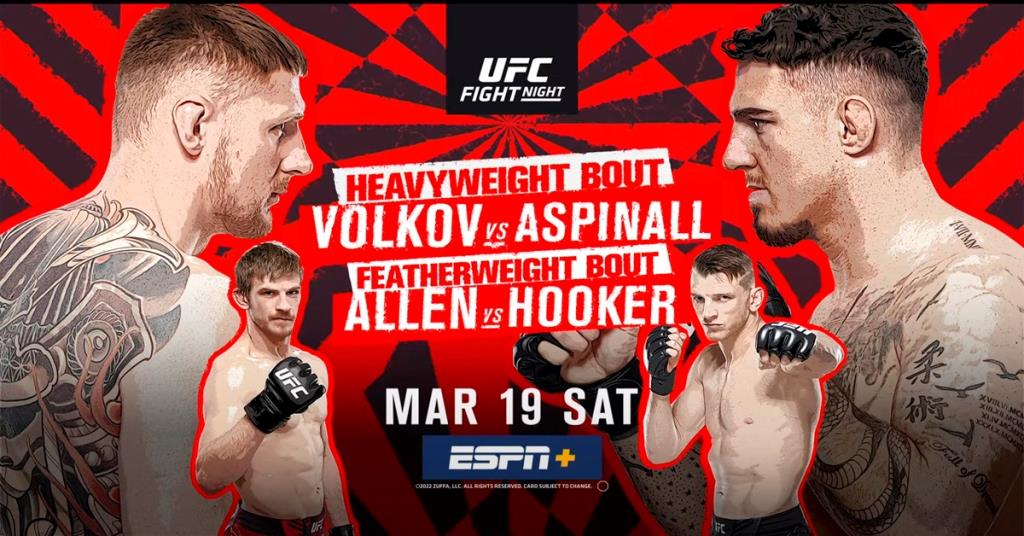 UFC London is set to take place this weekend as the promotion returns to England for the first time in three years. British heavyweight Tom Aspinall will main event the card against perennial contender Alexander Volkov.

Other English stars like Arnold Allen and Paddy Pimblett are also part of the main card. A total of 13 fights will take place at the O2 Arena this weekend. As the much-anticipated UFC London event inches closer, we take a look at all the bouts scheduled for the event.

The last UFC London event took place in March 2019. Liverpool native Darren Till was matched up against significant underdog Jorge Masvidal in the main event. However, ‘Gamebred’ silenced the O2 by leaving Till knocked out cold in the second round of the clash.

Masvidal’s career was resurrected with the win. He went on to beat Ben Askren and Nate Diaz in his next two fights. Till, meanwhile, has won only one of his three fights since.

Since making his UFC debut back in 2020, Aspinall has been on a roll. The Manchester native has finished all four of his opponents inside the UFC octagon. A TKO win over Jake Collier in his promotional debut on Fight Island gave Aspinall a flying start.

He then defeated Alan Baudot in October 2020, again via TKO. In his next fight, the 28-year-old earned a submission win against former UFC heavyweight champion Andrei Arlovski.

The Englishman once again showcased his knockout prowess in his most recent fight against Sergey Spivak at UFC Vegas 36, which extended his his winning streak to four in the UFC.

However, Alexander Volkov shouldn’t be mistaken as a sacrificial lamb for Aspinall. The Russian has been around the upper echelon of the UFC heavyweight division for a while.

The No.6-ranked ‘Drago’ will look to get back-to-back UFC wins after grinding out a decision against Marcin Tybura in his last outing.