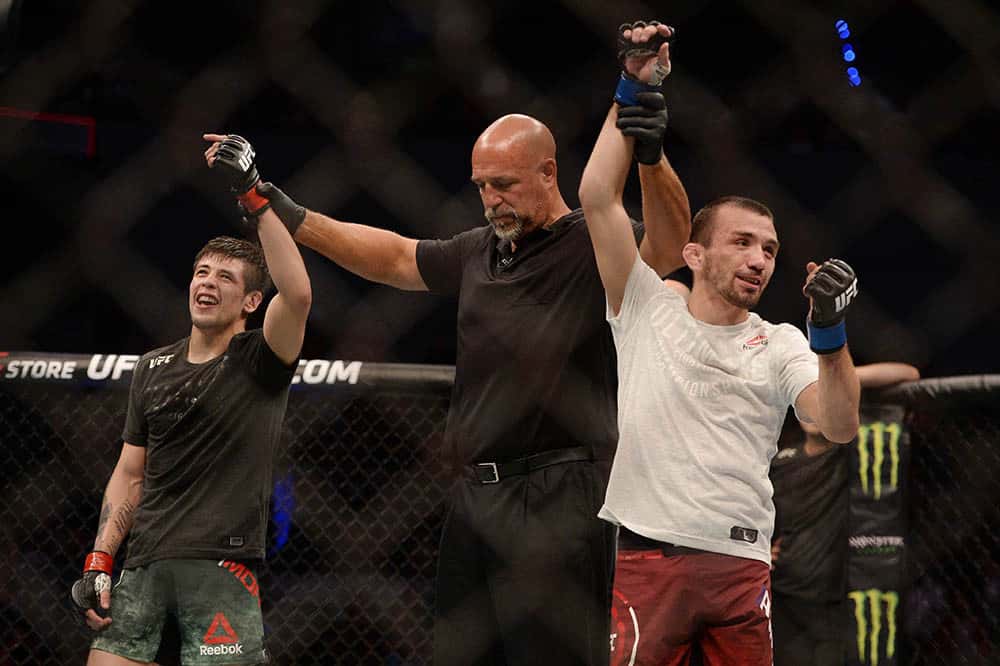 The second number of the ranking of the lightest division of the UFC, Askar Askarov, hopes to get a fight against the newly minted champion of the 125-pound division, Brandon Moreno.

This morning, the Mexican won an early title rematch with Davison Figueiredo in the co-main event of UFC 263. According to the Russian fighter, now it will be logical to organize their duel.

Note that Askarov and Moreno have met before. Their fight took place at UFC Fight Night 159 in September 2019 and ended in a draw. Since then, Askarov has entered the octagon three times, winning all the fights.