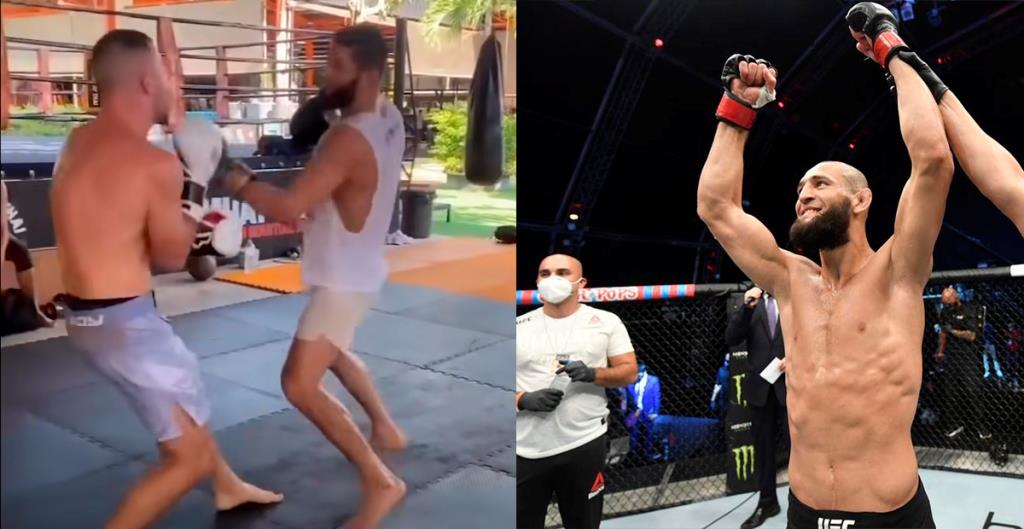 Khamzat Chimaev has been putting his punching power to the test at the expense of sparring partners.

Chimaev has quickly made a name for himself under the UFC banner. He garnered a ton of hype for fighting twice in the span of 10 days. First, Chimaev made his UFC debut on July 16, 2020 and he submitted John Phillips in the second round. Ten days later, he scored a first-round TKO over Rhys McKee.

Just two months later, “Borz” had a step up in competition. He took on Gerald Meerschaert and knocked him out in just 17 seconds.

Khamzat Chimaev clearly puts in the time and effort when he’s training. His sparring partners are witnessing that firsthand. Check out the video below of the Russian-born Swedish bruiser dropping his teammate with a body shot.

Chimaev last competed back in October 2021. It was a much-needed fight for Chimaev as he had been out of action for over a year due to COVID-19. He made his return in emphatic fashion, choking out Li Jingliang in the first round at UFC 267. The bout earned Chimaev his fourth straight “Performance of the Night” bonus.

Swedish outlet Frontkick.online has reported that Chimaev vs. Gilbert Burns is in the works for UFC 273 in April. The report noted that while contracts haven’t been signed, the two have verbally agreed to the match.

If Chimaev does indeed face Burns next, it’ll easily be the biggest fight of his pro MMA career. Burns is the number two-ranked UFC welterweight, while Chimaev sits at the number 11 spot.