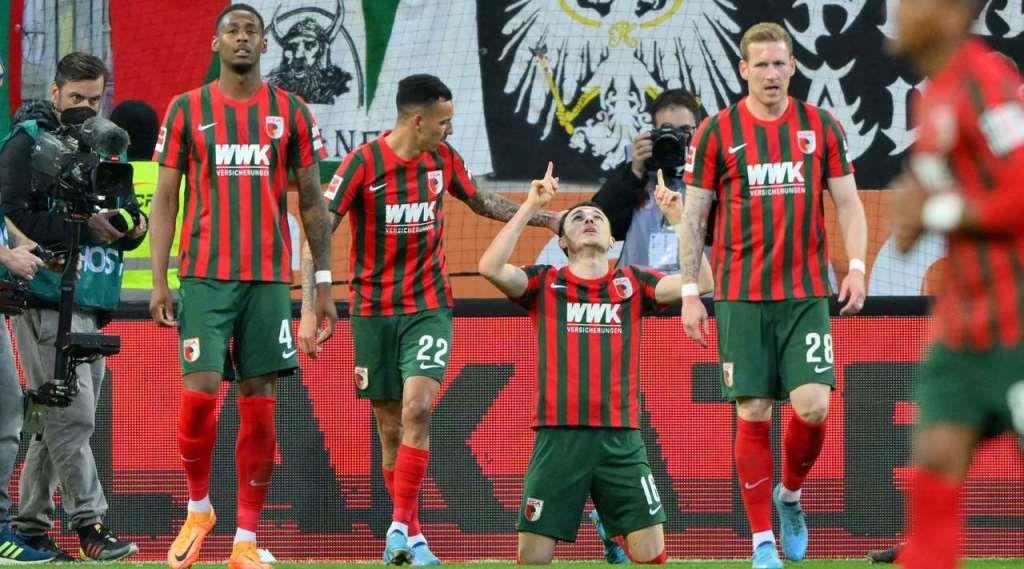 FC Augsburg’s Ruben Vargas came off the bench to score a second-half winner as the ‘Fuggerstädter’ extended their winning streak over Mainz to six at the Augsburg Arena with a 2-1 victory.

Fresh off the back of their emphatic 3-0 win over Wolfsburg to move three points clear of the Bundesliga’s bottom three, FC Augsburg were hoping for another fast start after scoring before HT in four of their last five matches at the Augsburg Arena.

The ‘Fuggerstädter’ duly delivered as Florian Niederlechner was tripped by Robin Zentner in the Mainz box for an early penalty. Captain Jeffrey Gouweleeuw stepped up, sending Zentner the wrong way and slotted the ball into the bottom corner.

However, Mainz were inevitably going to respond after scoring 1.48 goals on average in the Bundesliga this season and Jonathan Burkardt came agonisingly close to an equaliser after he rounded the onrushing Rafał Gikiewicz, but he fired wide with the open goal at his mercy.

After winning their last five home matches against the ‘05ers’, Augsburg grew in confidence and André Hahn fired in a second, but it was swiftly ruled out for a clear handball following a VAR review before Jae-Sung Lee’s 25-yard lob for Mainz was also chalked off for offside before HT.

A second-half comeback seemed unlikely for the ‘05ers’, who had won just two of their 13 away matches this season, but Silvan Widmer gave the visitors hope when he latched on to Jean-Paul Boëtius’ inch-perfect through ball and fired into the net.

The scores were only level for a matter of seconds as substitute Ruben Vargas made an instant impact, scoring with his first touch by volleying in Hahn’s knock down in the six-yard box. Mainz left it late to secure a point in their 1-1 draw with Borussia Mönchengladbach last time out and Anton Stach nearly snatched a point at the death with a late header only for Gikiewicz to pull off a heroic reaction save.

The victory moves Augsburg six points clear of the relegation places as they extended their unbeaten run at home to three matches. For Mainz, the dropped points leaves their hopes of breaking into the European places in the balance as they remain winless in ten on the road.