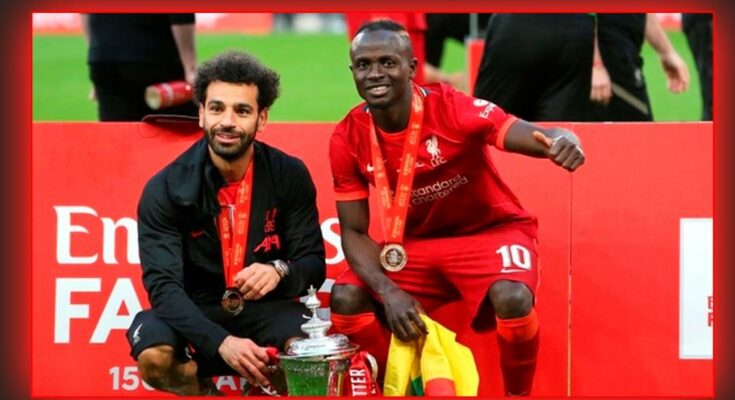 Following Sadio Mane’s move to Bayern Munich, one of his representatives has revealed that his client and Mohamed Salah annoyed each other at one point at Liverpool.

Bacary Cisse, Mane’s PR agent, has revealed that there might have been a dispute between the Bavarians’ newest signing and Salah once upon a time in the Reds dressing room.

While together on Merseyside, the two Africans were among the main protagonists in a Liverpool side that won every major honour available under manager Jurgen Klopp.

Mane’s PR agent recently insisted there is a massive mutual respect between them now, but also alluded to a rift in the relationship between the two at Anfield in the past.

“They are attackers who want to make their team win. But yes, at some point, the behaviour of one can annoy the other,” Cisse told TV5 Monde Afrique

“This was the case at one point. But there are no clouds between Salah and Sadio, they have always maintained good relations.

“They have a cordial relationship, really professional. The proof, we have all seen the (farewell) message from Mohamed Salah to (Sadio Mane).

“(Mane), also, had the foresight to hit back. Sure enough, at one point, people talked left and right that their relationship had deteriorated, but that’s not the case.”

Despite rumours circulating regarding why Mane refused to extend his stay with the six-time European champions, his agent has denied claims that it was because of money, insisting it was more about Bayern’s “project”.

“We did not want to communicate on this,” he added.

“A player like Sadio Mane cannot have such a low salary as people claim. It is not possible.

“Moreover, the figures that we see from left to right, in the media, are completely erroneous.

“Even when he came from Southampton, his salary was still much higher than reported in the press.

“It was Bayern who came to get Sadio Mane. When the project arrived, we discussed it with three people (him, Mane and the player’s agent Bjorn Bezemer).

“It’s true that there were a lot of European clubs who wanted to enlist Sadio but Bayern’s project was very attractive.

“The coach himself and the two Bayern sporting directors agreed to come personally to Liverpool and we had a very nice meeting at Sadio’s to discuss the contract in detail.”