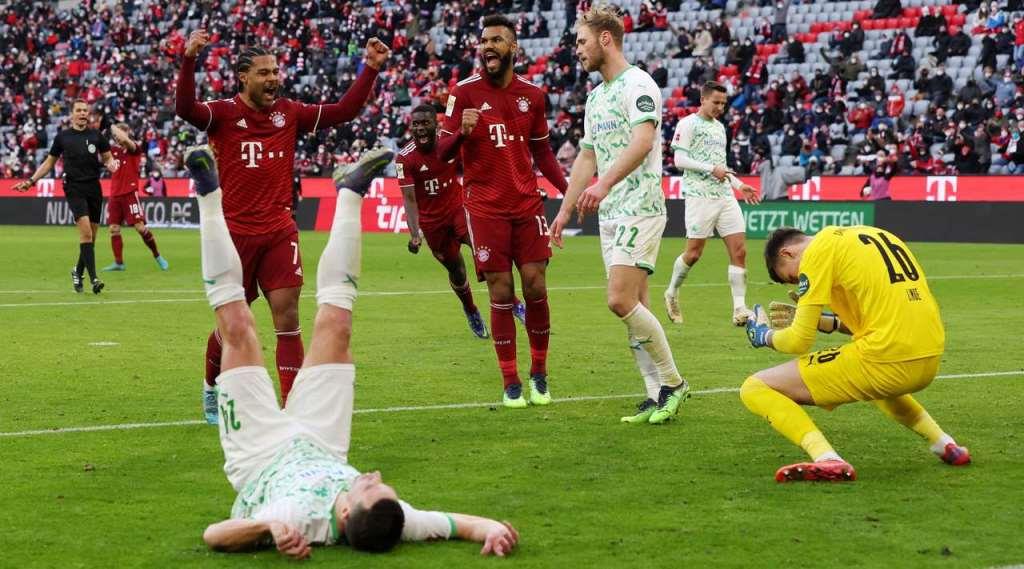 Bayern Munich scrape victory after Greuther Furth with danger. Bayern Munich ended a rather torrid week with a convincing 4-1 victory over basement club Greuther Fürth, making it seven H2H wins in a row for the German giants and extending their lead at the top to nine points.

Top vs bottom in the Bundesliga surely only meant one thing – a convincing Bayern victory – but Fürth had other ideas. Fürth had seen goals inside the opening 15 minutes of their last four Bundesliga games, but having successfully negotiated the opening quarter, the rock-bottom side were able to open up a little.

Bayern were committing bodies forward, but in doing so left themselves exposed at the back and Jamie Leweling almost capitalised upon those frailties but his fierce strike was handled well by Sven Ulreich.

The Bayern stopper was powerless just moments later though as Fürth took a surprise lead into the break courtesy of Branimir Hrgota’s deflected free-kick which left the 18-time Bundesliga Champions rattled.

That Fürth goal gave Bayern the jolt into life they needed and they flew out of the traps in the second half and grabbed an early equaliser through none other than Robert Lewandowski.

An equaliser proved to be the perfect tonic for Bayern, who put their foot on the pedal after drawing back on level terms and nosed ahead for the first time in the game when Sebastian Griesbeck turned into his own net.

From the crestfallen look on Fürth faces you got the sense the game was over for them, though Max Christiansen had other ideas – his strike had Ulreich beaten, but the woodwork spared Bayern’s blushes.

Bayern owed their victory to one of the posts at the Allianz Arena, with Marco Meyerhöfer the next man to be denied by the same post as Christiansen just moments earlier.

Victory was assured ten minutes from time, when Niklas Süle kept Joshua Kimmich’s corner alive and Lewandowski steered home from six-yards out to stamp out any lingering Fürth hopes of a comeback, before Eric Maxim Choupo-Moting rubbed salt in the wounds with a Bayern fourth.

Defeat keeps Fürth ten points from safety as they look set for an immediate return to the second tier.