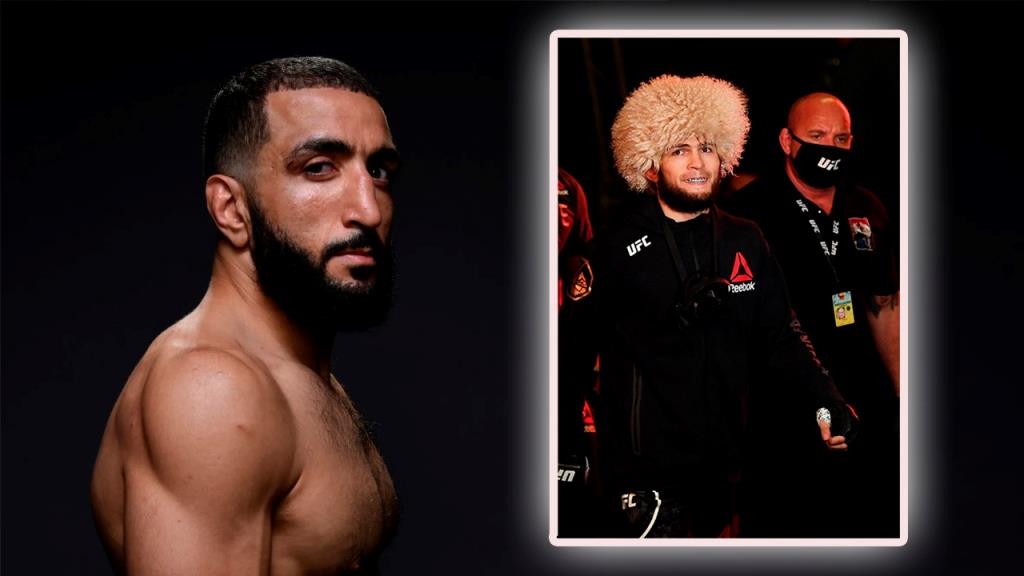 Khabib Nurmagomedov’s professional record speaks volumes. He went undefeated across 29 fights in his career, spanning multiple promotions. After signing with the UFC, he went on a 13-fight win streak up until his retirement.

More impressively, ‘The Eagle’ arguably never lost a round in his UFC career and dominated virtually all of his opponents. He did all of this while suffering minimal damage despite going up against the highest pedigree of fighters.

Khabib Nurmagomedov retired from mixed martial arts following his October 2020 title defense, and is widely considered to be one of the greatest to have ever graced the sport. The GOAT debate in the MMA community will be ever-raging, but Belal Muhammad knows where he sits in it.

The top-five UFC welterweight recently spoke to fans on social media and explained why he sees Khabib as the greatest of all time:

“I consider him [Khabib] the GOAT, because like I said, it’s so easy, as you saw with these last couple main events, where one wrong move, one slip, and the fight’s over. You could lose a fight so easily.”

“Your knee could buckle, you could get checked all of a sudden you’re down and you have a guy go that many fights undefeated, unblemished, no bleeding, like, that’s why I consider him the GOAT. I don’t care who you’re fighting against, anything could go wrong in there.”

He explained how difficult it is to maintain impeccable control and focus over the course of multiple fights on the grandest stage and remain untouchable.

Muhammad was likely referencing recent injuries that caused main events to be cut short. A week after Brian Ortega dislocated his elbow on Long Island, Tom Aspinall suffered a serious knee injury in the main event of UFC London in London.