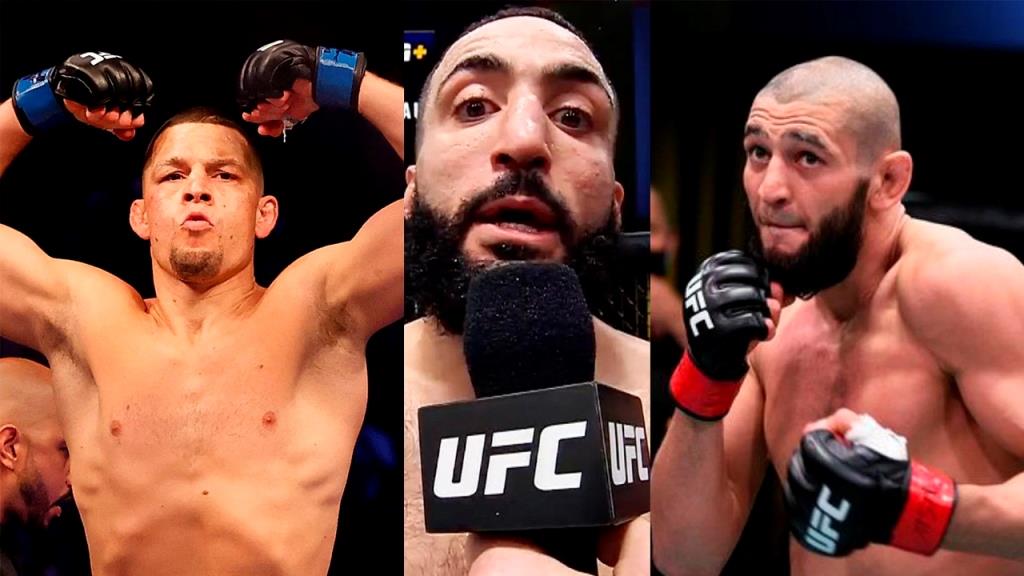 The two will meet in a welterweight bout that will possibly be Nate Diaz’s last fight in the UFC. At the same time, it could be the fight that launches Khamzat Chimaev’s claim to the title.

Fellow welterweight contender Belal Muhammad has offered to help Nate Diaz train for the fight. Upon being asked by Helen Yee what came of his offer, Muhammad responded and backed Diaz:

“Nah, he never hit me back, I don’t know. Nate, I’m in California, now I’m a lot closer. Just come scoop me up, I’ll take a long drive with you man. But yeah, for me, it’s- I want Nate Diaz to ruin the plans.”

Belal Muhammad went on to explain why Diaz had his support:

For Muhammad, Diaz poses no threat as a fellow contender for the welterweight championship as he is exiting the UFC. However, he would like the UFC and Khamzat Chimaev’s plans to foil and delay a title shot for the Russian-born Swede.

Belal Muhammad went one step further in trying to aid Nate Diaz by outlining what the American should do to better his chances of a result against Khamzat Chimaev. He said to Yee:

“I mean Nate doesn’t do well against grapplers, strong grapplers. So I think it’s one of those where he needs to go out there and get to Chimaev’s ego. Start slapping him a little bit, let him get angry, let him wanna box with you. Let him wanna strike with you.”

Muhammad advised Diaz to provoke ‘Borz’ and bring out the ego in him to stand tall and trade strikes, something the former lightweight excels in. He then referenced Chimaev’s last fight against Gilbert Burns at UFC 273, saying:

“Because you saw on the Gilbert Burns fight, where Chimaev will let the ego take over and want to, ‘All right, you wanna bang? let’s bang!’ and his coach is yelling at him in the corner, ‘That’s not the gameplan!’. Every fighter has that in them, ‘You wanna bang, let’s bang, let’s go for it.’ So I think he [Nate Diaz] just needs to get that out of Chimaev.”

‘Borz’ did win that bout against Burns but failed to keep up his streak of finishing every fight in the UFC. Nate Diaz could use that as a start to dictate his approach in his final fight in the promotion. 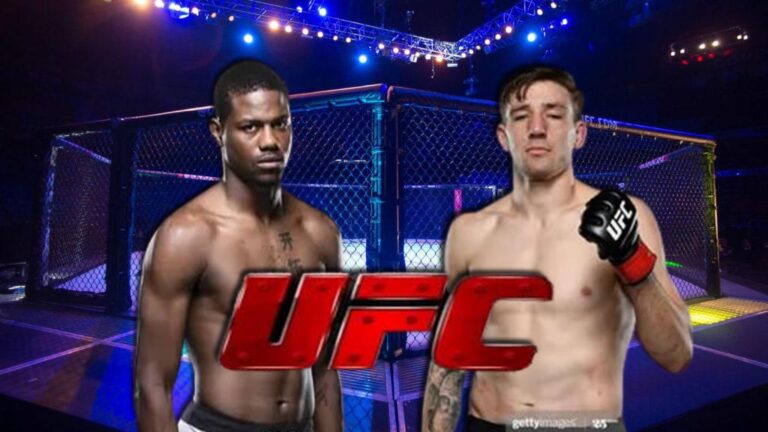 Kevin Holland isn’t used to layoffs in the UFC, but six months after he suffered his second loss in a row, “The Trailblazer” will make his return to the cage. At the UFC Fight Night event on Oct. 2, Kevin Holland (21-7 MMA, 8-4 UFC) will take on former CFFC middleweight champion Kyle Daukaus at… 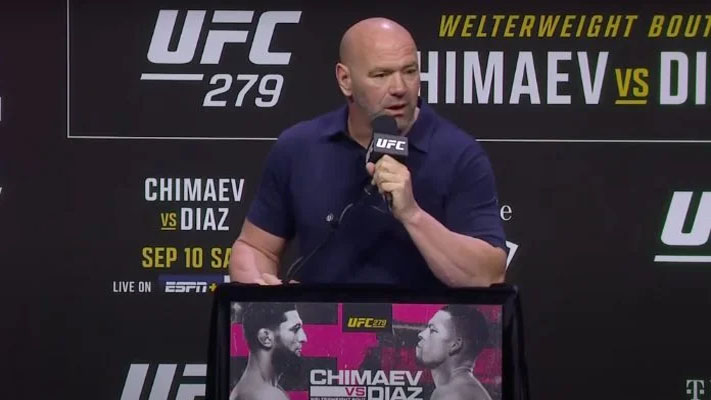 The UFC 279 presser was canceled due to a brawl reportedly started by Khamzat Chimaev and Kevin Holland snowballing into absolute chaos backstage. UFC president Dana White accepted that while the UFC was prepared for a scuffle between Chimaev and his opponent Nate Diaz, they weren’t ready for an all-out brawl involving multiple fighters. The… 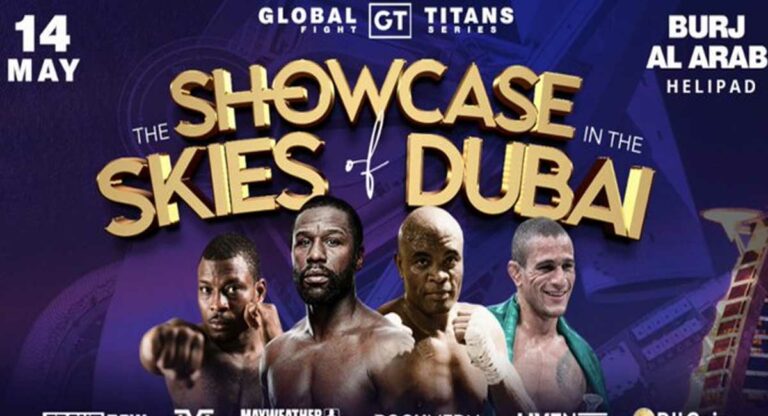 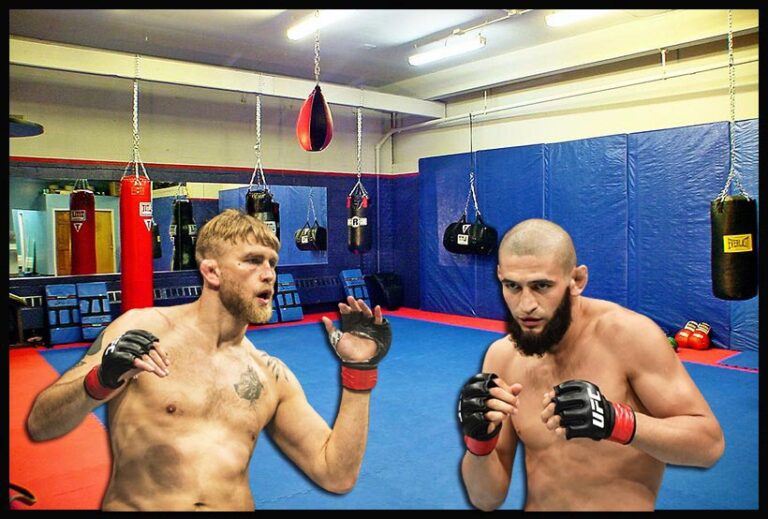 UFC Swedish prospect Khamzat Chimaev claims to have sparred hard with former UFC title challenger Alexander Gustafsson when he first paired up with him. “I did not get into Alexander Gustafsson’s gym right away. I watched his fights on YouTube. When I even had a break at work, I watched videos about MMA, I was… 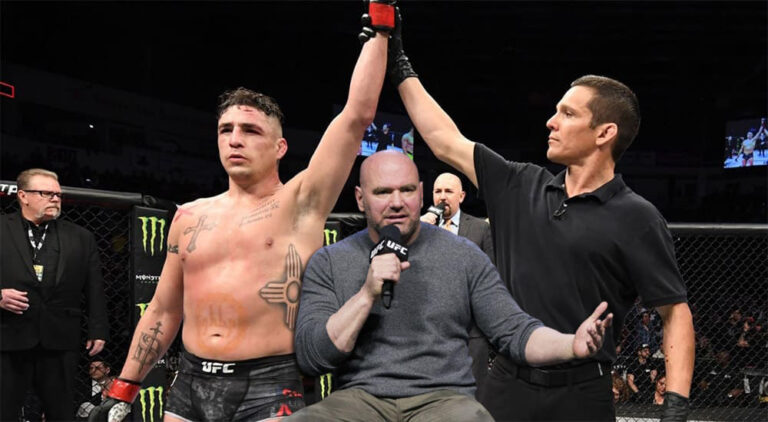 The president of the UFC promotion Dana White commented on the dismissal of the American veteran Diego Sanchez (30-13). Recall that the fighter was preparing for a duel against another eminent compatriot, Donald “Cowboy” Cerrone, which was supposed to take place at the UFC on ESPN 24 tournament, but was forced to withdraw. “I have… 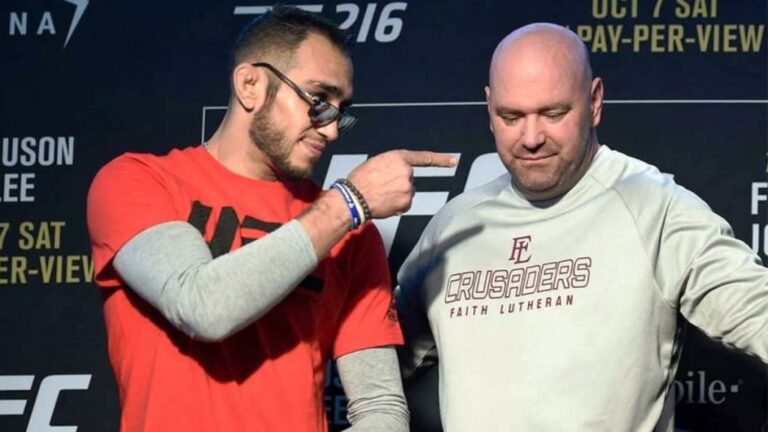 UFC President Dana White has said that Tony Ferguson will return to the lightweight elite with a win over Beneil Dariush at UFC 262. Ferguson is coming out of a tough 2020 when he lost to Justin Gaethje at UFC 249 and then via unanimous decision to Charles Oliveira at UFC 256. Ferguson was one…