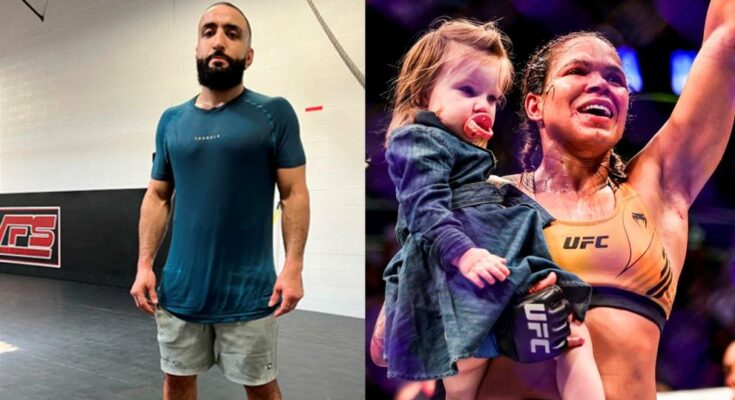 Amanda Nunes reclaimed her bantamweight crown with a dominant performance over Julianna Pena. Nunes claims she could have finished Julianna Pena at UFC 277

The Brazilian swept all five rounds on the judges’ scorecards, winning via unanimous decision (50-45, 50-44 and 50-43). While Pena lost the battle, she showcased her heart, grit and toughness by going all five rounds with ‘The Lioness’.

However, Nunes claimed at the post-fight press conference that she could’ve finished her American rival but chose to prolong the fight just to prove that she was the better fighter:

“I was ready for that. I could’ve finished her, but I wanted to go five rounds with her tonight to prove I was better than her.”

Catch Amanda Nunes’ full interaction with the media at the UFC 277 post-fight presser below:

With a dominant win, Nunes reclaimed the bantamweight title after losing it to Pena back in December in one of the biggest upsets in the sport. The duo are now 1-1 with a potential trilogy fight in store in the near future.

Belal Muhammad has shunned claims from Amanda Nunes that she intentionally prolonged her UFC 277 fight with Julianna Pena to the final bell to prove a point.

In a new Instagram post captioned “Recap”, Muhammad said that there were moments when Nunes was close to defeat, rejecting the Brazilian’s claims of finishing her. He said:

“There were moments in the fight where Julianna could have won that fight. Amanda [Nunes] I felt like is getting too cocky, getting too arrogant saying ‘I could have finished her in the first round if I wanted to, but I wanted to go five rounds so I could show her who’s better’, blah, blah, blah. Get out of here with that. You couldn’t finish her. She knows that Julianna punches hard, her eye was very swollen, she left on crutches while leaving. So, she was definitely in a fight.” [sic]