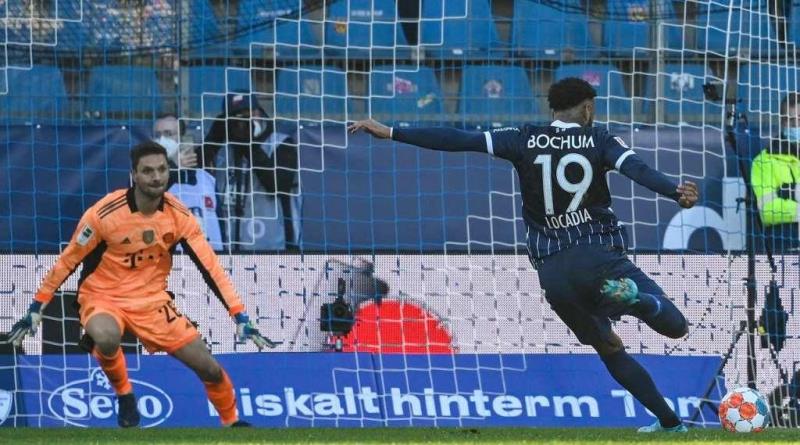 A thrilling first-half turnaround inflicted a 4-2 defeat on Bundesliga leaders Bayern Munich, to give VfL Bochum only their second H2H win in 32 fixtures and send them six points clear of relegation danger.

After inflicting Bochum’s largest professional defeat in the reverse fixture, Bayern smelt blood once again and it took just nine minutes for Lewandowski to score his 25th goal of the season.

A ball from the right was nodded back across the six-yard box by Kingsley Coman, finding Lewandowski who poked home. Counter-attacking tactics were employed by ‘Die Unabsteigbaren’, who found themselves level moments later when a sweeping move found Holtman in behind floundering Dayot Upamecano.

He rolled the ball to Christopher Antwi-Adjei who then curled past deputising goalkeeper Sven Ulreich for his first goal in 19 Bundesliga appearances.

The remarkable turnaround was complete for the team from Ruhr when Upamecano conceded an unfortunate penalty for handball after good work on the left from Elvis Rexhbeçaj.

Former Brighton striker Jürgen Locadia stepped up to the spot and fired past Ulreich into the bottom left. They then sent their fans into dreamland when goals three and four were added in a frantic seven-minute spell.

The third, a solo run from Cristian Gamboa on the right, nutmegging Coman before unleashing a rocket. They went three clear with another goal of the season contender, this time from the left, as Holtman cut inside onto his unfavoured right-foot and found an outstanding curled finish.

Bochum began the second half as they ended the first, targeting the seven that they were punished to in September. Two goals were disallowed in consecutive minutes for offside, while Lewandowski failed to convert when rounding the keeper as it looked to be one of those days for ‘Die Bayern’.

Lewandowski did inevitably find the net once again with a smart scissor kick finish, to set up a nervy final 15 minutes.

The newly promoted side did enough to hold out for a first win in five, with 75% of Bochum’s points this season having arrived at Vonovia Ruhrstadion, conceding only nine times across 11 games to give them increased confidence of survival.