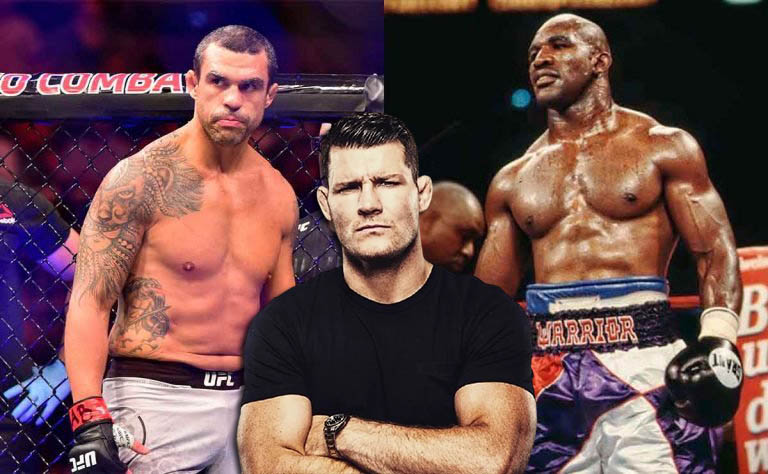 Recall that in 2013, Bisping lost to Belfort by a brutal knockout, as a result of which the Briton had a retinal detachment, which led to the loss of an eye.

This fight will be the first fight of Evander Holyfield since May 2011, when he defeated Brian Nielsen by technical knockout. Vitor Belfort, meanwhile, won 1-0 in his professional boxing career. “The Phenom” most recently participated in martial arts in 2018, where he was defeated by Lyoto Machida.

Michael Bisping, a former Belfort opponent, didn’t shy away when asked who he would be rooting for this weekend.

“I hope Evander (Holyfield) beats the f—k out of him,” Bisping said on his Believe You Me podcast. “That’s all I’m going to say, I’m not going to go into a technical breakdown of it. God knows what Vitor has been doing. We knew he had good boxing, we knew he had fast hands, we knew he could pack a punch.”

“Evander Holyfield is a big dude… I f—king hope [he beats Belfort]. I would take great pleasure in that. I don’t care what you say, he was on juice and he beat me fair and square. When people beat me in the past, I don’t harbour a grudge, I wish them all the best… He’s just a piece of s—t. I don’t give a f—k… I hope Evander batters him.”

Michael Bisping suffered a head-kick knockout loss to the ‘TRT’ version of Vitor Belfort back in 2013. That nasty strike left ‘The Count’ with a detached retina and caused permanent damage to his eyesight.