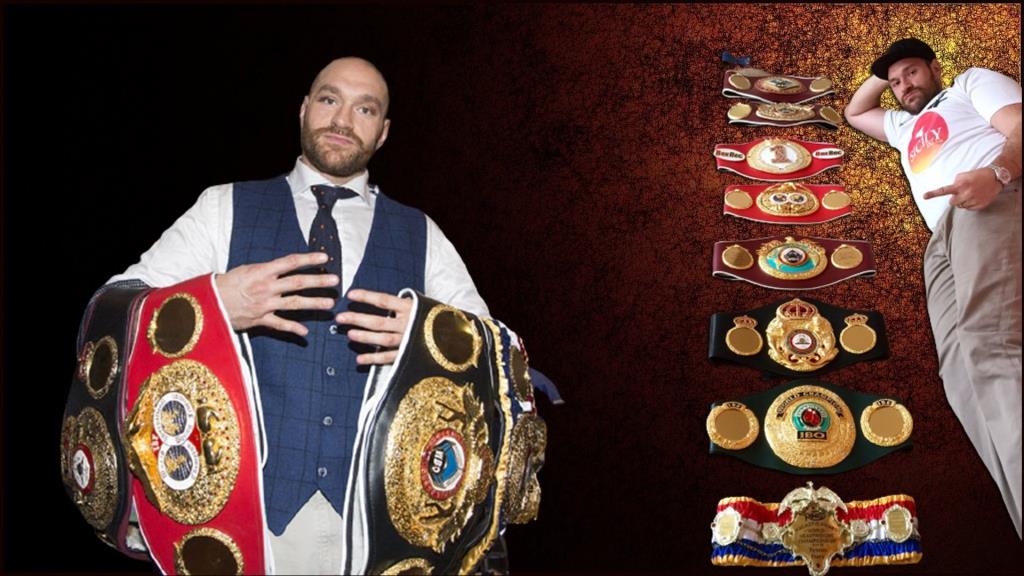 Tyson Fury gave fans a glimpse of his belt collection that he has displayed in his living room.

On a wooden table lay a miniature WBC belt, along with various medals and a portrait of Tyson Fury in the ring. Next to the table was a huge black-and-white photo of Tyson Fury holding all his belts just after his win over Wladimir Klitschko.

To top it all off, there was a glass display that held his WBA, WBO, IBF, IBO, and The Ring heavyweight titles. All the belts had a label in front of them on the glass panel, and in the background, there were photos of his fight against Klitschko and other moments of his career.

Fury captioned the story, “Welcome to my world boys” and played the song It’s a Man’s Man’s Man’s World by James Brown in the background.

‘The Gypsy King’, who is currently preparing to fight in February or March this year, made an interesting call out.

Tyson Fury and Francis Ngannou exchanged words on Twitter after Ngannou called out Fury and Wilder to a fight. The UFC heavyweight champ was the first to call out the top dogs in heavyweight boxing. He made these comments amidst contract disputes with the UFC.

In response to his call out, Fury posted a photo of himself alongside ‘The Predator’ and wrote, “Who would like to see me fight this beast boxing rules @ufc gloves?”

Ngannou replied, asking for a fight with MMA rules in boxing gloves.

Fury, who was having none of it, tweeted, “you want to come in to my world calling me & wilder out to a boxing match. what i can guarantee you would be knocked out & also paid your highest purse to be so! so have a think.”

Ngannou responded that he would fight Fury anywhere, with any rules, following his title clash on January 22 at UFC 270.

What did you make of Fury’s championship belt display video? Also, who will he fight next?