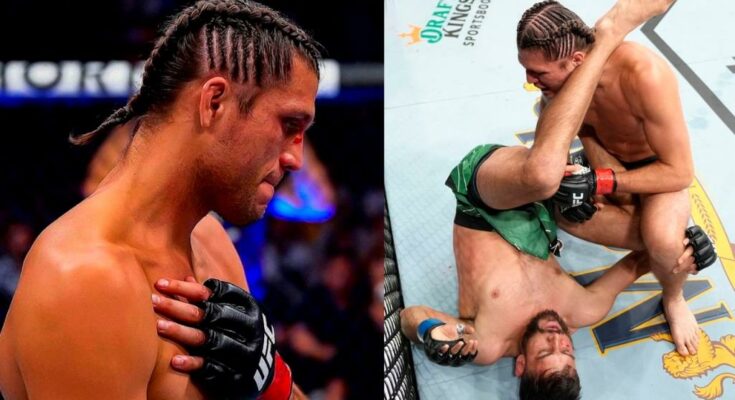 UFC featherweight contender Brian Ortega has spoken out for the first time since his fight-ending shoulder injury at UFC Long Island on Saturday.

In the main event, Brian Ortega and Yair Rodriguez shared the octagon. Ortega tried to control Rodriguez on the cage and tried to get a takedown. Both fighters managed to land some serious punches, but unfortunately, Ortega suffered a shoulder injury. It is not clear at exactly which moment he suffered it, but his shoulder was out when Rodriguez tried an armbar.

Brian Ortega had been quiet in the hours after the fight on social media. But a few days after the fight, Ortega ended his silence and gave an update on his shoulder and how he suffered the injury.

In a recent Instagram post, Brian Ortega made his first public comments after the abrupt end to the UFC Long Island headliner.

“Sorry to keep you guys waiting just been a rough couple of days and I had to wrap my head around all this,” Ortega said. “I have a 72 hour rule where I just keep to myself when I feel low and pick myself up. I repeat I was never in any submission danger I grabbed my own hand and pulled my arm out to begin to pass to a more dominant position and it was then where a freak accident happened and I yanked my shoulder out of its socket. This was something I had no control of. As for the fight it was starting to shape up to be one hell of a war and things got cut short and for that I’m sorry.

“Nothing but respect to [Yair Rodríguez] I know we will run this one back and give the world a proper Mexican Showdown! Thank you guys for your love and support I will now see the damage, and make a solid plan to get to you guys as soon as I can. Thank you.”

Before the loss to Rodríguez, Ortega challenged for the UFC featherweight title against Alexander Volkanovski at UFC 266. Despite a pair of close submission attempts, Ortega lost the fight via a unanimous decision in his second career title shot.

Ortega has fought just three times in the past two years, with his lone victory over that period coming against ‘The Korean Zombie’ in Oct. 2020. Before that, he lost to then-champion Max Holloway at UFC 231.

Ortega is expected to miss a significant amount of time and may need surgery on his shoulder. But, a rematch between him and Rodríguez seems inevitable once he’s back to full strength.

Check out the rest of the results UFC Long Island down below: