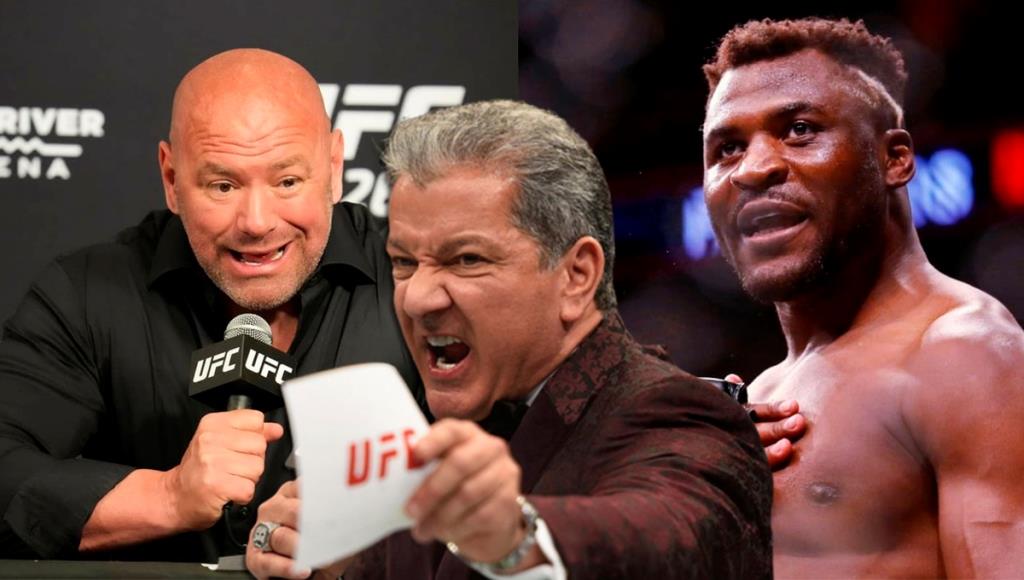 Bruce Buffer took part in a dispute between Francis Ngannou and the UFC about salary.

Bruce Buffer feels Francis Ngannou deserves to make a lot of money. According to the veteran voice of the octagon, ‘The Predator’, as well as other fighters, should make their own choices and do what they think is best for their careers.

Having said that, Buffer also advised Ngannou to look beyond a lucrative offer for just one fight. He advised ‘The Predator’ should instead focus on making more money over the course of his entire career. He was likely referring to Ngannou’s interest in a potential boxing clash with Tyson Fury, which is likely to earn him a multi-million dollar payday.

Buffer also said he hopes Ngannou sorts out his problems with the UFC brass and returns to action after regaining full fitness. In a recently shared video on his YouTube channel, Bruce Buffer said:

“Fighters make your choice. Take the best avenue for yourselves, think three steps ahead to your future, not just to the one fight being offered and make the best choice. And Francis, I hope you and the UFC work everything out.”

“Love you being the heavyweight champion. Get through your knee surgery, everything else, come back and just go forward making the most money possible… Francis deserves to make a lot of money as every fighter does…”

Bruce Buffer previously claimed that fighters often become “irrelevant” after leaving the UFC, insinuating that it’d be a mistake for Ngannou to quit the promotion.

Read also: Francis Ngannou has made a demand to the UFC that does not concern his own contract

Francis Ngannou has been at loggerheads with the UFC brass for quite some time now. The heavyweight champ has been demanding an improved contract from the UFC which will also allow him to participate in crossover boxing matches for other promotions. Ngannou retained the heavyweight title after outclassing Ciryl Gane at UFC 270 last month.

Dana White was surprisingly not around to put the title on him following the fight, which led to further speculation surrounding Francis Ngannou’s future in the UFC. At the UFC 271 pre-fight press conference, White said he’s met Ngannou recently and will get in touch with him once he’s back from his native country, Cameroon:

“We had dinner with Francis before he went back to Cameroon, and he gets back in a few weeks, and we’re going to meet again when he comes home,” White said.