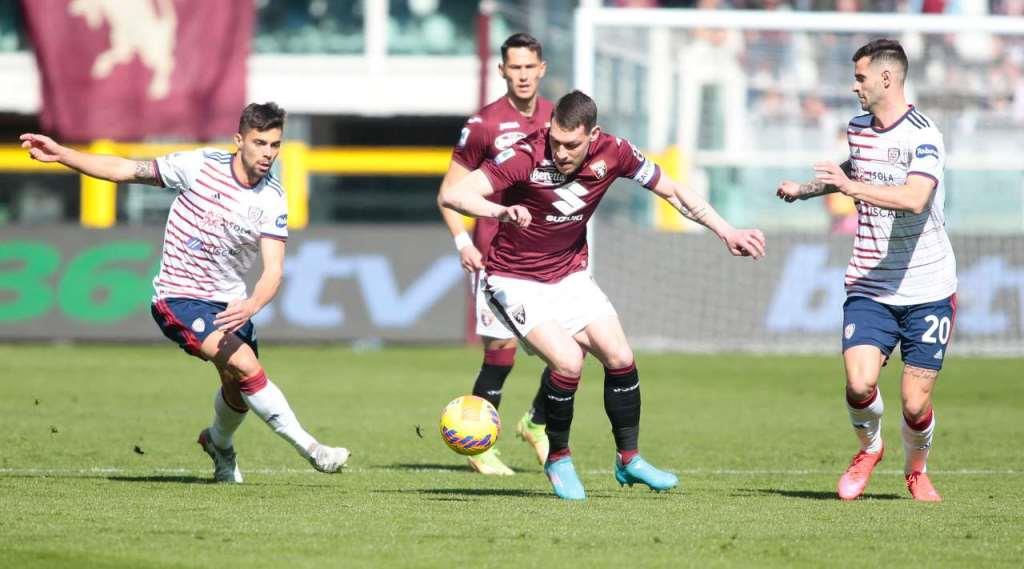 Cagliari climbed out of the relegation zone with a hard fought 2-1 victory over Torino at the Stadio Olimpico di Torino, with goals from Alberto Grassi and Alessandro Deiola giving the visitors a vital three points.

It was two very different situations for both sides going into this game, Torino looked to be settling into mid-table, with both Europe and relegation seemingly out of their sites, while Cagliari knew a win could lift them out of the relegation zone and extend their four game unbeaten run.

Cagliari were the ones who started on the front foot, as they forced Vanja Milinković-Savić into a very quick double save, with João Pedro trying to convert a rebounded effort from six yards out.

Gleison Bremer nearly did the same for the hosts a few moments later, he connected with a cross to the back post, but Alessio Cragno was quick to get down to his left to keep things level.

The deadlock was finally broken in the 21st minute, when Grassi collected a lobbed pass in the Torino box and as he was going to ground, he passed the ball across the face of goal to find Raoul Bellanova, who sent the ball flying past Milinković-Savić.

The hosts looked the more dangerous side after the goal and had a number of chances to equalise, but ‘the Islanders’ stood firm and went into HT with the lead.

The second-half started in a very similar fashion with both sides looking to get the early goal. Unlike the first-half, it didn’t take too long as Andrea Belotti was picked out at the back post from a free-kick.

The unmarked captain hit a perfect volley across the face of goal into the bottom right-hand corner to make it 1-1. The game only stayed level for seven minutes, as substitute Leonardo Pavoletti chessed a long ball to the feet of Deiola who fired a low driven shot from the edge of the box into the bottom right to regain the visitors’ lead.

The win sees Walter Mazzarri’s men move up to 17th place and put pressure on the teams around them, while Torino stay in 11th but now haven’t won in five matches, a record they’ll quickly want to correct.