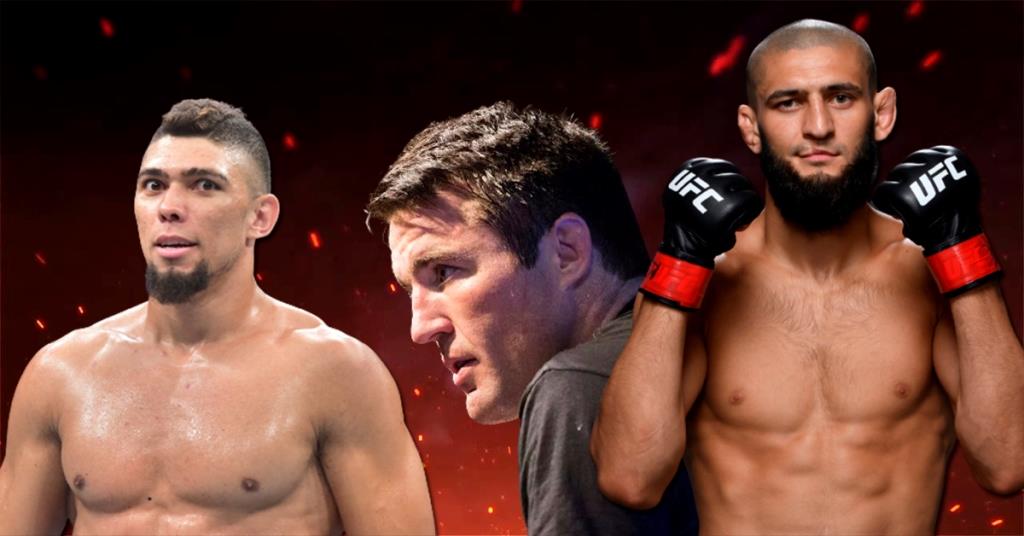 Chael Sonnen has drawn parallels between Johnny Walker’s scintillating start in the UFC and Khamzat Chimaev’s recent rise to prominence.

Walker earned a UFC contract with a unanimous decision win over Luis Henrique da Silva at DWCS Brazil. He then delivered three consecutive bonus-winning knockouts that saw him shoot up the 205 lbs rankings. Unfortunately, the Brazilian went on to lose four out of his next five fights.

According to Sonnen, Walker had a ton of hype early on in his career, just like Chimaev has now. He added that fans not only wanted the affable Brazilian to face Jon Jones, they even expected him to dethrone the then-205 lbs champion as well. Similarly, many believe ‘Borz’ can dethrone the reigning 170 lbs champ, Kamaru Usman.

In a video posted to his YouTube channel, Chael Sonnen said:

“Johnny Walker for those of us with a short term memory, three years ago, right before he got in there and suffered the loss to Corey Anderson, Walker was what Khamzat Chimaev is today to the media. To the fascination and intrigue of all of the audience Walker was the fastest rising star. Walker was going to be the No.1 contender. Walker was not only going to face, he was going to beat Jon Jones. People absolutely believed that.”

Johnny Walker’s incredible three-fight first-round KO streak to kick off his UFC career was snapped when he came up against Corey Anderson at UFC 244. He then went on to drop a unanimous decision against Nikita Krylov and bounced back with another first-round TKO win over Ryan Spann.

However, the Brazilian failed to put together another winning streak and is now coming off back-to-back losses. While he’s still a ranked fighter in the UFC’s 205 lbs division, Walker will be desperate to make the necessary adjustments and return to winning ways. At just 29, he still has a long way to go in his career.

Johnny Walker recently suffered a brutal first-round KO loss to Jamahal Hill in his second consecutive main event outing. The 29-year-old was down with COVID-19 for the second time leading up to his bout against Hill. However, that did not keep Walker from taking a shot at Khamzat Chimaev, who almost had a career-ending bout with the virus.

Weeks before the fight with Hill, Walker was asked whether there was a possibility that the bout might have to be scrapped or rescheduled. Walker told Combate: (Quotes translated by Google Translate)

“Do I look like Khamzat Chimaev? It’s not going to be a little Covid that’ll force me to me withdraw from a fight.”

Chimaev’s red-hot start in the UFC was halted after he contracted COVID-19 in 2020. A lengthy bout with the virus disheartened the Chechen fighter, who even considered retirement as a result of the effects of the virus.