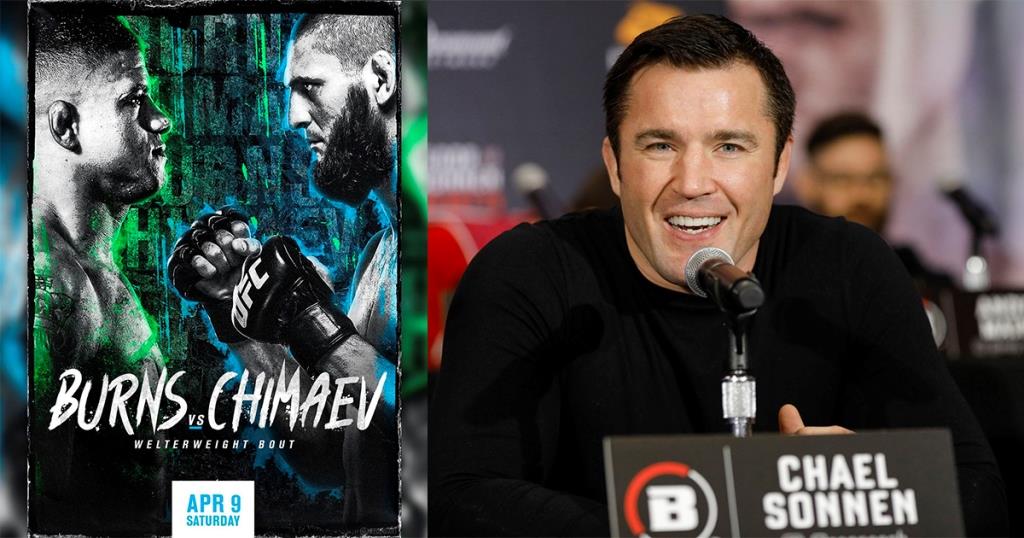 Gilbert Burns proved his mettle once again when he agreed to fight surging welterweight Khamzat Chimaev after it seemed like no one was willing to. The two will fight in a potential title eliminator at UFC 273.

MMA veteran and analyst Chael Sonnen explained how the Brazilian might find himself in a tough spot despite winning. Per Sonnen, if Burns wins the fight, the main takeaway will be Khamzat Chimaev being hyped by the media instead of Burns’ superiority and rightful No.1 contender’s spot. Additionally, Sonnen claimed ‘Borz’ could control the narrative by claiming he was injured going into the fight.

‘The American Gangster’ alluded to his own fight against Anderson Silva, where he outclassed ‘The Spider’ for the majority of five rounds before being submitted. After the fight, Silva revealed he had a rib injury prior to the bout. Sonnen explained how Chimaev could do something similar, saying:

“It was a one-sided beating and I was swinging the hammer, and instantly Anderson got ahead of me and he put out a story that he was hurt; his rib hurt – and they ran with it… What if Gilbert goes out there… and in what should be a glorious moment that just recognized him as the next title challenger… Chimaev comes out and says ‘My rib was hurt’?”

Sonnen expressed concern over people dismissing Gilbert Burns’ stake to a title shot if Khamzat Chimaev reveals an injury. Explaining what he believes ‘Durinho’ needs to do, he said:

“I’m just saying it’s not fair! Happens all the time. It’s a tough spot Gilbert’s in… Gilbert does everything right, but there’s one piece missing… If you are nice in this business at all times, you will get taken advantage of… Gotta be careful there, gotta make sure he gets ahead of these things. He should be calling this a No.1 contender’s match… because I do feel that’s true for Chimaev.”

Sonnen explained how the world largely agrees that Khamzat Chimaev could earn a title shot if he beats Gilbert Burns. ‘The American Gangster’ opined that Gilbert Burns needs to decisively assert that this is a No.1 contender’s match, regardless of opponent. The fact that ‘Durinho’ has lost to reigning champion Kamaru Usman once shouldn’t matter, said Sonnen.