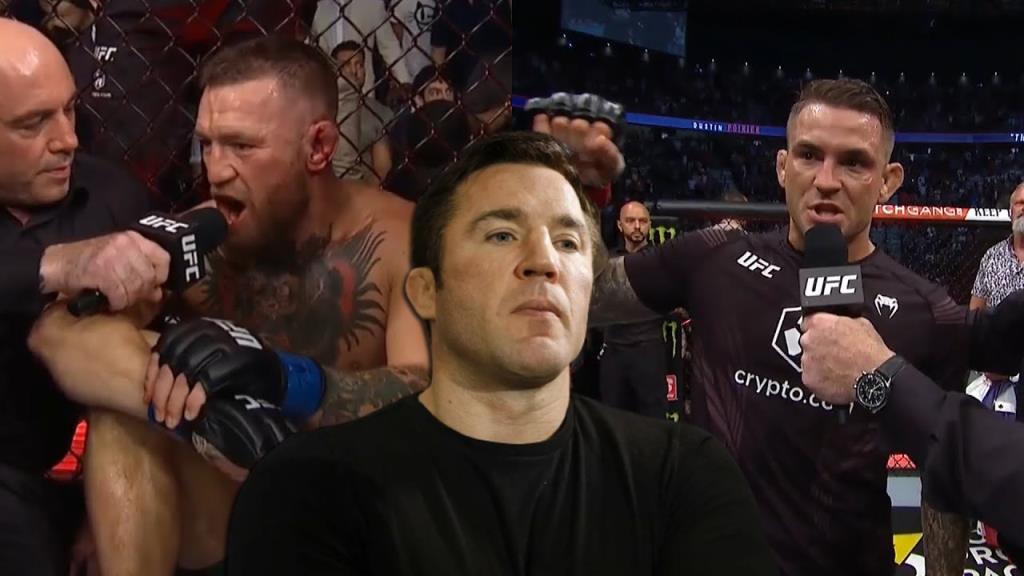 Poirier defeated McGregor via first-round TKO (doctor stoppage) to win the trilogy between the two bitter rivals by a score of 2-1. In the wake of the trilogy fight, there have been some suggestions that the UFC could run the fight back for a fourth time because of the bizarre fashion in which it ended. However, if you ask Sonnen, the fourth fight between McGregor and Poirier is unnecessary based on what we have seen from them so far.

Speaking to Max Kellerman following UFC 264, Sonnen explained why he believes a fourth meeting between “The Diamond” and “Notorious” doesn’t make sense as far as he goes. In Sonnen’s view, we have already seen these two fight enough at this point to know that Poirier is the better martial artist, and thus, we don’t need to see them run it back again.

“There was nothing within that five minutes that we saw that was competitive. You used to be able to really count on Conor McGregor, and by the way, I’m not kicking a guy when he’s down, I’m just discussing what I saw. You used to count on Conor to win the stand-up portion and (he was a) really hard guy to take down and you could never hold him there if you got him there. These are things you could count on,” Chael Sonnen said.