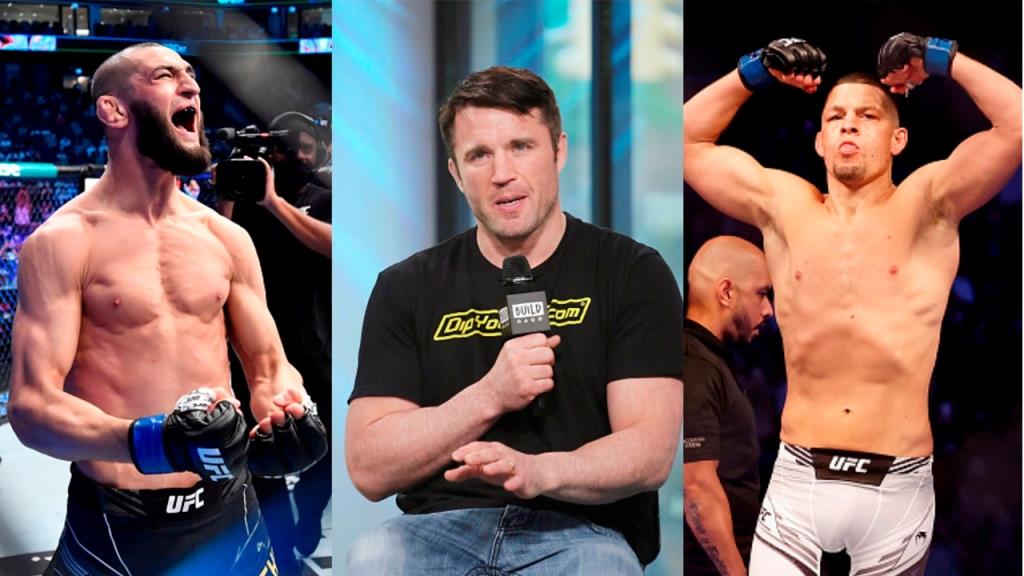 Chael Sonnen believes that Khamzat Chimaev could be in for a tough night should he and his team underestimate Nate Diaz in preparing for the upcoming main event clash at UFC 279.

During a recent episode of Beyond the Fight on his YouTube channel, ‘The Bad Guy’ weighed in on the highly anticipated welterweight matchup next weekend.

Sonnen acknowledged the Chechen-born fighter’s immense potential and the threats he poses to the UFC veteran. However, he stated that Chimaev could find himself in trouble if he and his team dismiss the Stockton native as an easy fight:

“You got a pretty good circle around you, it’s your team, it’s your coaches, your workout partners – if they are dismissing, if they at all have the attitude that the spread had when they opened it 8 to 1 and moved to 12 to 1, if they do any of this [brushes off shoulder], he [Chimaev] is going to quickly find himself in a contest that’s harder than he thought it was going to be.”

During the episode, Sonnen also addressed concerns surrounding Chimaev’s ability to go five rounds with Diaz after visibly exhausting himself in a three-round battle against Gilbert Burns in April.

According to Sonnen, that wouldn’t be a fair assessment to make considering that ‘Borz’ knew he wasn’t supposed to go beyond three rounds in that fight. This is to suggest that the Chechen-born Swede could have better utilized his energy if the fight was scheduled for five rounds.

That said, Sonnen noted that Chimaev’s ability to go the full 25 minutes is still questionable and pointed out that five-round bouts are what Diaz thrives in.

Khamzat Chimaev is a huge favorite going into his five-round battle against Nate Diaz at UFC 279. The undefeated sensation is currently listed as a gigantic -1375 favorite against Diaz, who comes in at +900 on DraftKings.

If that isn’t surprising enough, popular sportsbook Sportsbet has listed Khamzat Chimaev as a barely believable -5000 favorite against Diaz, who is a +591 underdog. While the numbers may sound absurd, it’s not hard to see why the odds are heavily stacked against the Stockton fighter.

Diaz’s MMA career has been on a downward trajectory. The 37-year-old will be looking for his first win since beating Anthony Pettis over three years ago at UFC 241. The UFC veteran suffered a TKO loss to Jorge Masvidal in November 2019 followed by a decision defeat to Leon Edwards in June 2021.

Meanwhile, Khamzat Chimaev (11-0) has looked nearly unstoppable since joining the UFC ranks in mid-2020. The 28-year-old will look to earn a welterweight title shot by scoring a sixth straight win under the promotional banner. In his most recent outing, ‘Borz’ edged out a hard-fought decision win over Gilbert Burns at UFC 273 in April. 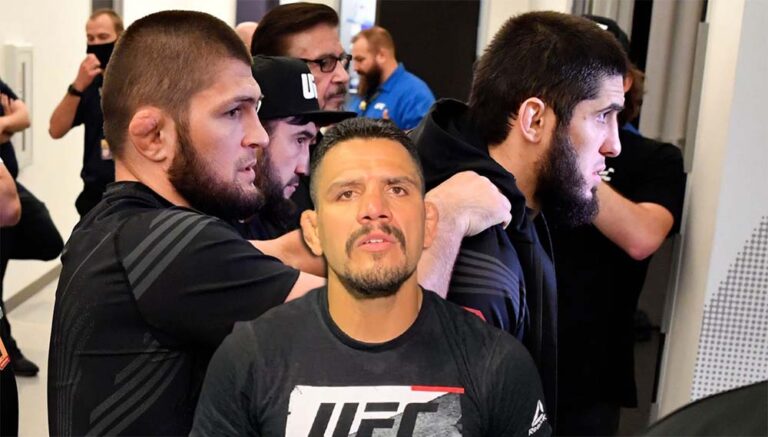 Former UFC lightweight champion Rafael Dos Anjos put MMA fans in confusion when he wrote on social networks that the promotion promised him a rematch with Khabib Nurmagomedov, who finished his career, if he defeated his friend Islam Makhachev. “I just heard back from the UFC that Islam accepted to fight me Oct 30 5… 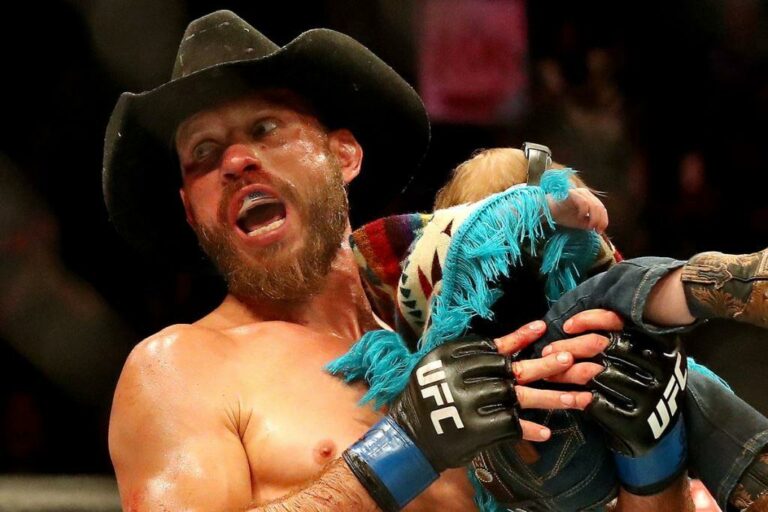 American mixed martial arts fighter Donald Cerrone says he is not considering retirement. According to Donald, he intends to win four or five fights and eventually compete for the UFC championship title. “This is not the end, especially since I am not going to lose the upcoming fight. I want to win four or five… 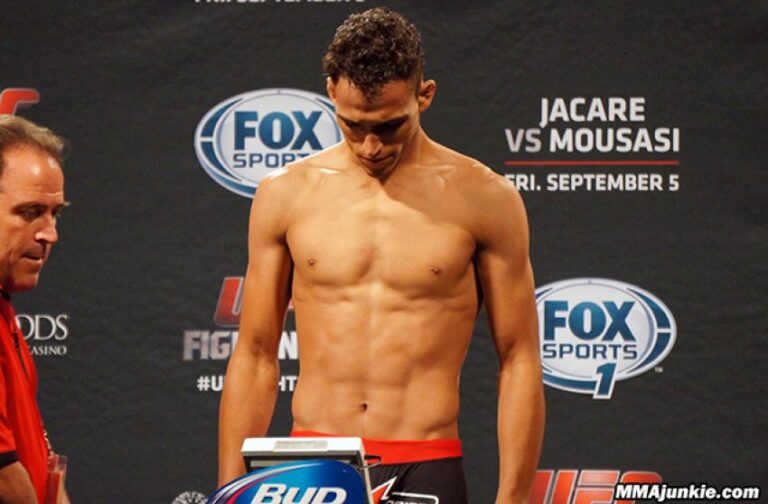 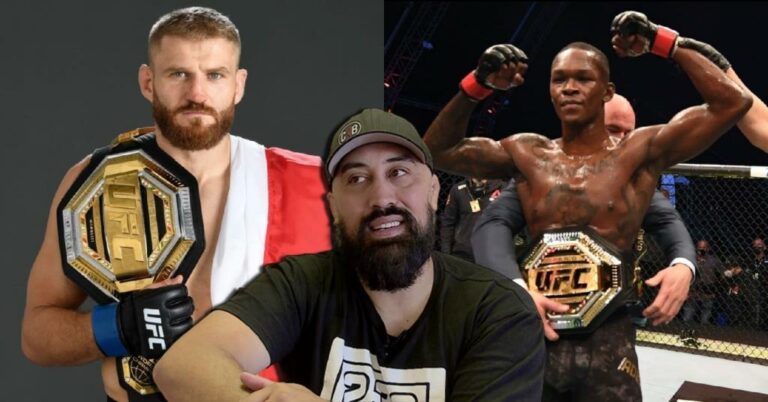 Eugene Bareman, coach of the UFC champion Israel Adesanya (20-0), answered questions about the weight in which his player will compete with Jan Blachowicz (27-8). “We are not gaining weight. The science of gaining weight and shedding it will not be a factor in this fight, because we decided to go in the usual weight… 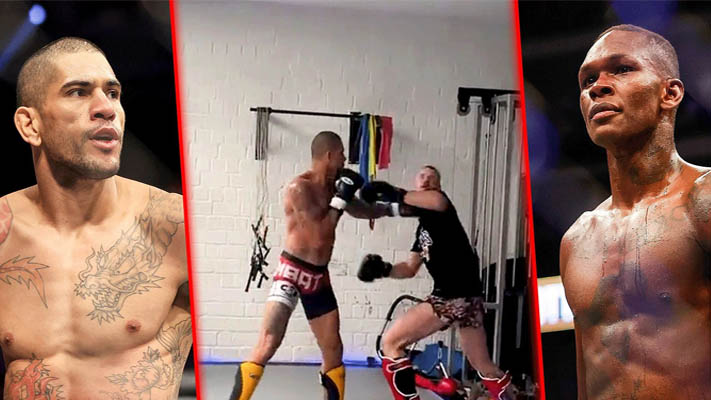 Alex Pereira‘s signature left hook was on display in his latest training clip. The lightning-fast shot, which appears akin to a check hook, has put many of ‘Poatan’s opponents to sleep throughout his kickboxing and MMA career. Pereira hinted that his left hook can’t be dealt with despite its predictibility. The former Glory Kickboxing champion… 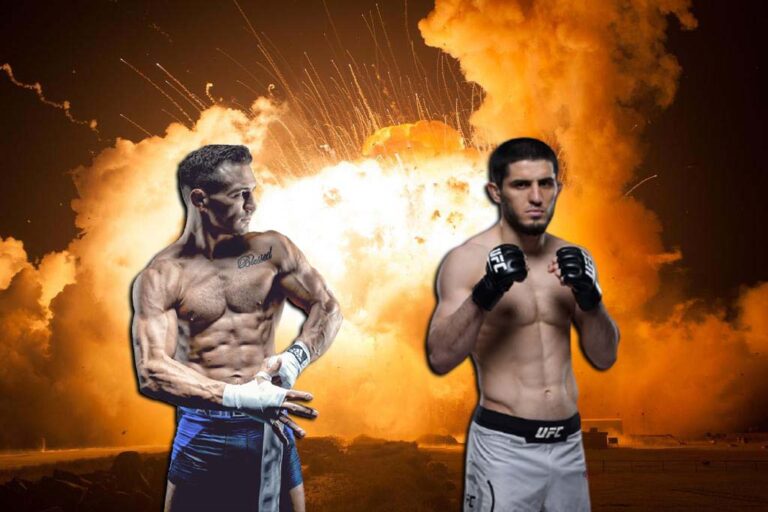 In the event of a victory over Dan Hooker, former Bellator lightweight champion Michael Chandler is ready to consider fighting with Russian lightweight Islam Makhachev. The American said this in an interview with sports journalist Igor Lazorin. “This is a fighting game. I have promoters, and they never offered me a fight with Makhachev, “…