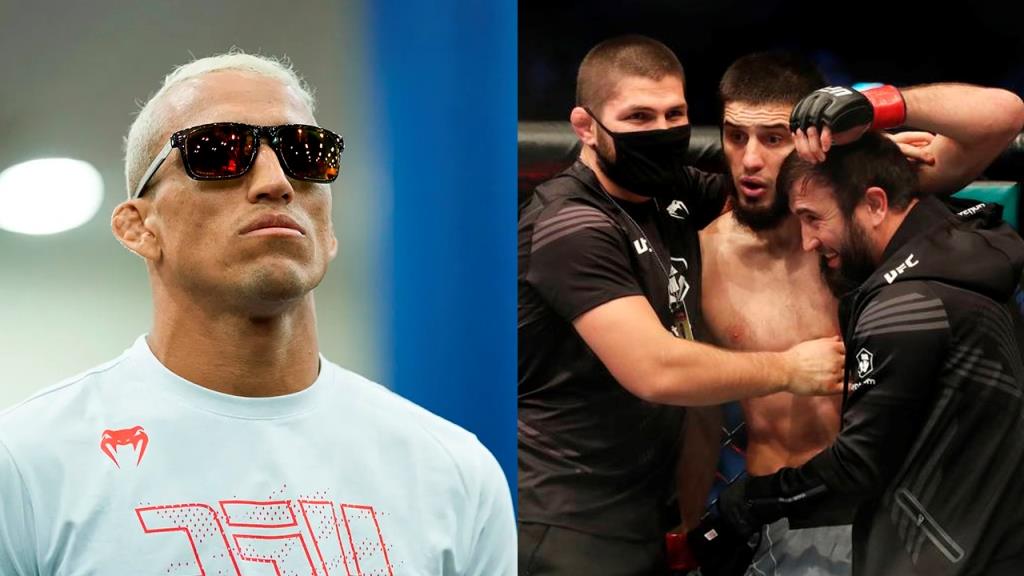 Charles Oliveira has explained why he described Islam Makhachev and his team as “arrogant” ahead of their blockbuster title clash at UFC 280.

In an interview with Flow Podcast, Oliveira claimed that there are many people in the UFC who talk “nonsense” to climb up the ladder. He said:

“When I said their arrogance would get in their way, of course, we have learned a lot in this sport. Many people talk a lot of nonsense to be able to sell, trying to reach the high level. But, I think he’s riding a wave, that’s not his wave. That’s the truth. He’s a guy who takes everyone down. I think his team need to strategize very well.”

Oliveira also suggested that his Dagestani opponent think twice before taking him to the ground, while also explaining his “arrogance” comment:

“If he’s intending to do what he does with everyone, which is take down, he’ll take down precisely the greatest finisher in UFC history… Man, I’m working in silence. I don’t talk about anyone. I don’t offend anyone. I don’t sell the fight the way they sell it to make money. I make money my way. That’s why I said their arrogance will bring them down.”

Earlier this month, Oliveira branded his opponent’s camp as arrogant. He added that he didn’t take too kindly to those who think it’s a forgone conclusion that Makhachev will defeat him in their upcoming bout.

The Brazilian also referred to his rheumatism condition and how no one could hit him harder than life, while saying that Makhachev’s camp was talking “a lot of s**t.” Charles Oliveira admitted that he had respect for every member in the Russian’s camp but that their arrogant attitude would be their downfall.

Islam Makhachev did not take too kindly to Oliveira’s comments against him and his team. In a recent episode of the DC & RC Show, the Russian accused the former champion of making the fight about money, while also mocking his inability to speak English:

Charles Oliveira has won his last 11 fights since his loss to Paul Felder in 2017 and will have to adopt a different game plan against the skilled grappler. The Brazilian has beaten Justin Gaethje and Dustin Poirier in consecutive fights and will no doubt push Makhachev to the limit to reclaim his belt.

The 32-year-old was stripped of the lightweight title in his last fight against Justin Gaethje at UFC 274 due to missing championship weight. He faces Makhachev, who is on a 10-fight win streak, in the main event at UFC 280 on October 22 in Abu Dhabi.