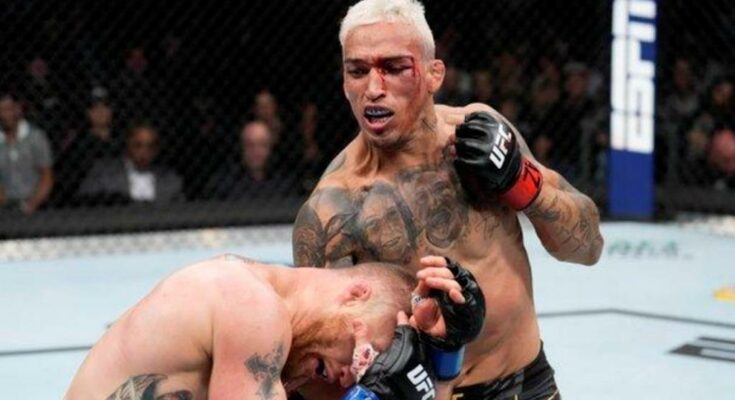 Charles Oliveria and Islam Makhachev are slated to headline the upcoming pay-per-view (PPV) from Abu Dhabi. The action all goes down on October 22, with two of the lightweight division’s most dominant competitors finally going head-to-head.

Former UFC lightweight champion Charles Oliveira of Brazil is upset by the fact that he is considered the favorite before his fight with Russian Islam Makhachev. According to Charles he is used to being an outsider before his fights.

Speaking on MMA Fighting’s Trocação Franca podcast, Oliveira said he gets “sad” when he’s not listed as the betting underdog ahead of one of his fights.

“The Octagon is the same wherever, in a street in the favela or in Dubai or anywhere else,” Oliveira said. “It’s just the two of us when the cage door closes. I have all the respect in the world for Islam and his story and what he’s done, but we have to weight things, the names I’ve fought and the names he’s fought. It’s different already.

“I’m way better than him, and now we’ll see who’s the best. I’m very happy to be the underdog in this fight so everybody makes money. That’s the reality. I get sad when I’m not the underdog so people don’t make money.”

Oliveira finds himself on an 11-fight win streak at the moment, which included a brief stint as 155-pound champion. However, his laundry list of victories included names such as Kevin Lee, Tony Ferguson, Michael Chandler, Dustin Poirier, Justin Gaethje, and many more.

As for Makhachev, he’s on a 10-fight win streak. His last Octagon appearance resulted in a first-round TKO win over Bobby Green back in February. Currently, he’s the No. 4-ranked lightweight in the UFC.

When these two men finally meet, they’ll be the toughest matchups of their respective careers, and should make for a tremendous stylistic showcase. 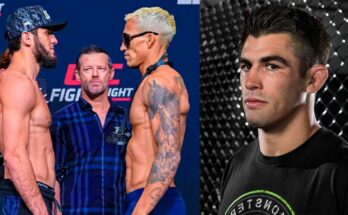 Dominick Cruz provides brilliant breakdown on who will walk away from Abu Dhabi with the vacant lightweight title after Charles Oliveira vs. Islam Makhachev at UFC 280