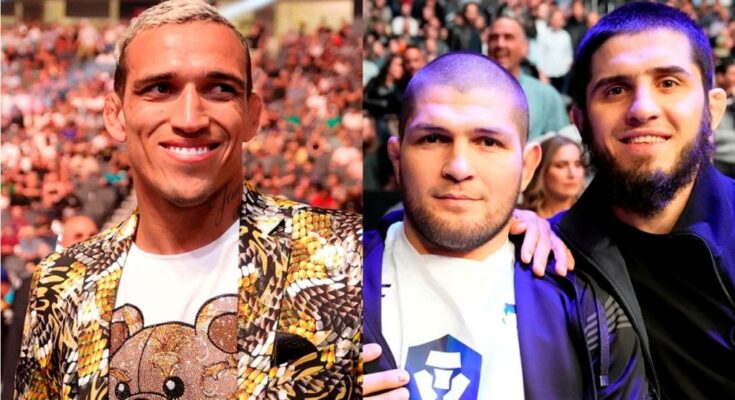 According to Oliveira, if the UFC management is interested in him challenging for the light division title against Russian Islam Makhachev, they should splurge financially.

Although he is not entirely opposed to taking on rising contender Islam Makhachev, the Brazilian says the promotion would have to pay him a hefty amount in order to make him interested. Meanwhile, the one name ‘Do Bronx’ does want is none other than fellow former title-holder Conor McGregor.

In a conversation with Combate, Oliveira explained he would like to face McGregor, preferably in Brazil . Should the pairing become impossible, then Charles considers Makhachev a viable second option, provided that the money is right.

“I really want a fight with McGregor in Brazil, in January,” Oliveira said.

“That would be really nice. Everyone knows I’m interested in that fight because of the money. But if the UFC wants me to fight Islam Makhachev next, they better put a lot of money in my bank account. The place doesn’t matter. I’m a professional, I’m the champ. Make it happen.

“I enjoy fighting at the end or the beginning of the year,” Charles said. “I’d really like to fight in November or December. If it were to happen around that time, though, I could wait until January to fight in Brazil. It’s been a while since the last time I fought time. It would be nice to fight close to my fans, friends and family.”

In his last outing, Oliveira was stripped of his title for missing weight at UFC 274, when he submitted Justin Gaethje, back in May. The win put the 32-year-old on an 11-fight streak, with victories of some of the most notable names in the division, including Michael Chandler, Tony Ferguson and Dustin Poirier, among others.