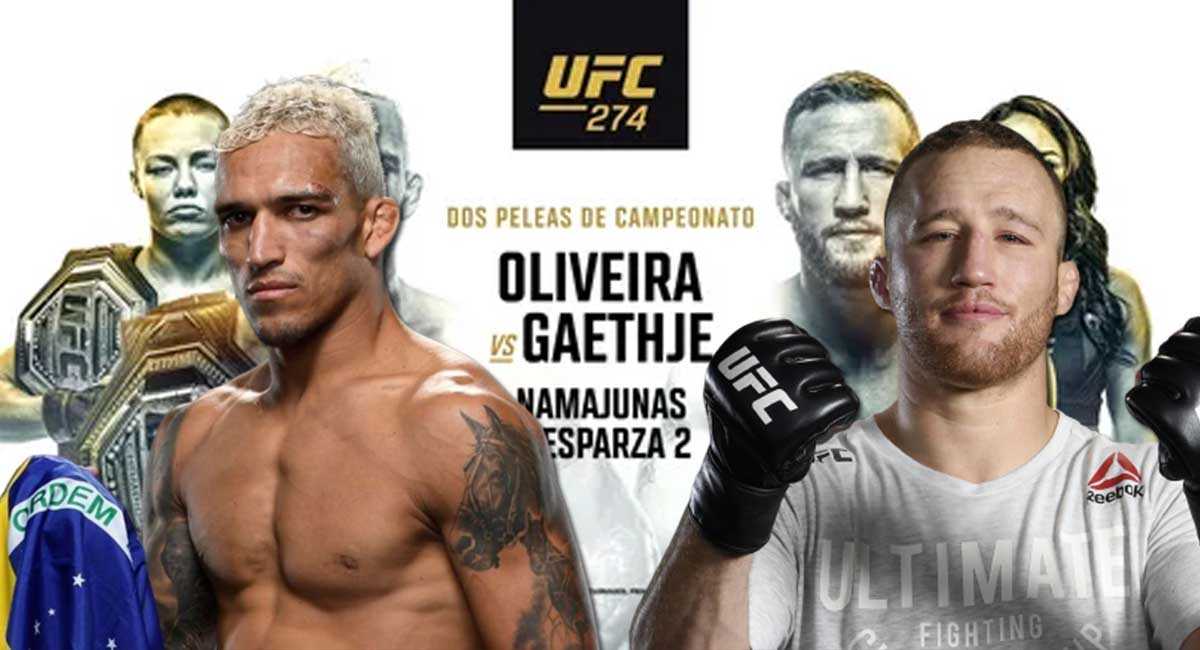 Charles Oliveira has a surprise plan for his upcoming title defense at UFC 274 against Justin Gaethje.

Oliveira is set to make his second title defense in the main event of UFC 274 on May 7, and in the run-up to the fight, many expected the Brazilian’s plan would be to take the fight to the ground.

The champion has taken no small amount of damage from opponents in his last two fights, and given that Gaethje has tremendous power, many thought he would try to use his jiu-jitsu. However, in a recent interview, Oliveira stated that he is willing to stand and exchange punches with the challenger.

“I’m going as Charles, MMA fighter. People who think, ‘Aah, Charles is going to be desperate to take it to the ground.’ Forget it,” Oliveira said in a video by Brazilian MMA Legends.

Charles Oliveira showed improved punches during his recent title fight. He knocked out Michael Chandler on the feet and then fought Dustin Poirier face-to-face and eventually held a sub. “Do Bronx” may be planning a similar plan for the Justin Gaethje fight.

Regardless, Oliveira says that when the opportunity presents itself, he’ll fight his way to a takedown. But he’s not afraid to stand and trade punches with Gaethje, even though “The Highlight” has terrible knockout power.

What do you think of Charles Oliveira’s statement that he will trade punches with Justin Gaethje?