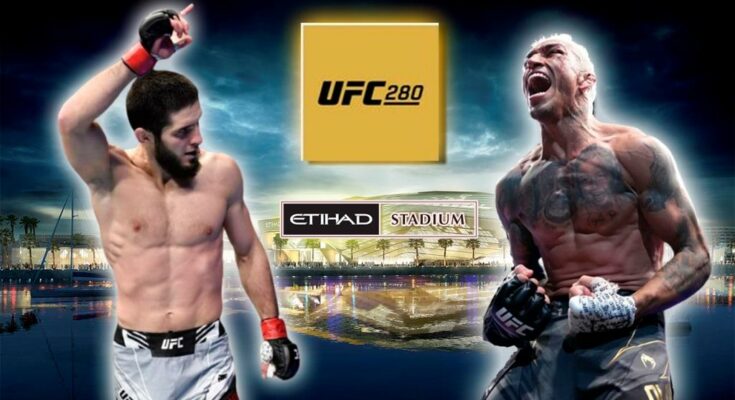 Charles Oliveira and Islam Makhachev will fight for the vacant lightweight title on October 22 at UFC 280 in Abu Dhabi.

Unlike most Brazilian fans who were dreaming about the possibility of seeing Oliveira finally compet in a title bout on home soil, former trainer Flavio Alvaro is not upset with the UFC’s decision.

“It could be in Russia, Dagestan, Singapore or Sao Paulo — the result would be the same,” Alvaro told Sherdog.com.

“ Islam Makhachev will be beaten up like an old suitcase. People think it´s easy to take Charles down. That´s a huge mistake. I see Makhachev becoming desperate to get a takedown after being hit and then being submitted.”

Alvaro, who gave Charles Oliveira his first pair of MMA gloves, believes happiness is the key to the former champion’s success.

“When Charles is happy, I don’t see any lightweight in the world beating him,” Alvaro said. “I would say Nurmagomedov could give a real fight to Charles, but he would end up being knocked out.”

Retired since 2017 with a total of 60 fights on his official record — Alvaro says he has more that are not registered on Sherdog.com’s Fight Finder — “The Legendary” was still in his prime when a young Charles Oliveira showed up to train at Macaco Gold Team and caught his attention.

“He was really talented,” Alvaro said. “We met few weeks ago in Vegas, and we recalled the day I gave him his first MMA gloves, right after I left the ring of Max Fight in Campinas after a win and told him to keep training hard and he would go far.”

It was not the only time the careers of Alvaro and Charles Oliveira crossed paths. A few months later, Alvaro was set to take part in a welterweight grand prix at Predador FC 9, but he broke his hand a few days before the tournament while training with UFC heavyweight Gabriel Gonzaga.

“Charles Oliveira replaced me, weighing [158 pounds] while wearing jeans, pants and a T-shirt,” Alvaro said. “He beat all three much heavier and more experienced oponents via submission or knockout.”

Alvaro grew closer to Charles Oliveira after he became the grappling coach for the Chute Boxe Diego Lima camp.

“When Diego Lima started the team, I was the one who took care of the ground game,” he said. “By that time Charles always came to train with us with his first master Erikson. During that time, I left Chute Boxe to work with Fight Nerds, but we maintained a great relationship.”

From 2011 to 2015, Alvaro lost once in 19 fights and at the time was considered one of the best welterweights in Brazil. According to him, his decision to participate in the bloody Rio Heroes tournament prevented him from reaching his dream of fighting in UFC.

“I knew that participating in that real life ‘Fight Club’ could cause some issues, but in Rio Heroes … after winning tournaments I was able to win $40,000 and buy my mother´s house. Ms. Geni was everything for me, to be able to give her a house few years before she passed away was the most important achievement of my life, even if it cost me the possibility of being in the UFC.”

Now, Alvaro expects another student of his to soon rule the UFC’s middleweight division.

“Caio Borralho was made for the UFC. This guy is evolving so fast — technically, physically and mentally,” Alvaro said. “Besides that, he speaks English very well. But we are not in a hurry. In two or three wins he will be at the very top of the division. Take note, this guy will go far.”