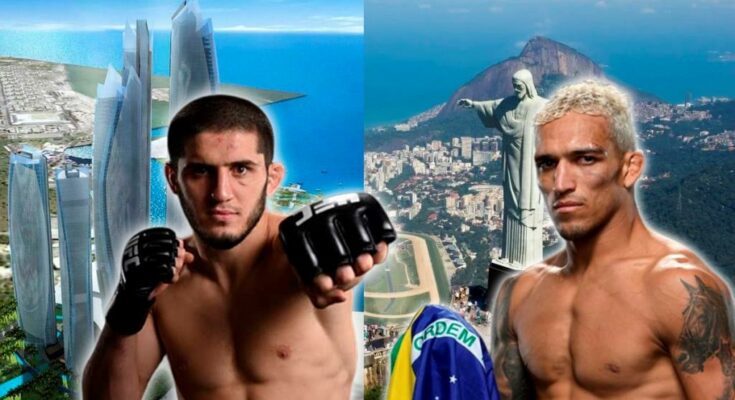 The coach of former UFC lightweight champion Charles Oliveira of Brazil, Diego Lima, claims that Charles will not agree to fight with Russian Islam Makhachev at the UFC 281 , which will be held on October 22 in Abu Dhabi.

Charles Oliveira most recently defeated Justin Gaethje at UFC 274. Despite the win, it was bittersweet as his title was stripped due to a missed weight cut the day before the event.

Oliveira is now the No. 1 contender and is expected to fight for the now-vacant lightweight belt later this year. Makhachev, a protégé of former UFC lightweight champion Khabib Nurmagomedov, could potentially earn the next shot against Oliveira after a 10-fight win streak.

The UFC is scheduled to return to Fight Island in Abu Dhabi for UFC 281 on October 22nd. A lightweight title matchup between Charles Oliveira and Makhachev has been proposed, but Oliveira and his team don’t want to give Makhachev what he wants.

“Why in Makhachev’s ‘house’?” Lima said of an Oliveira/Makhachev matchup happening in Abu Dhabi. “Look at everything Charles did, look at the history of him. Why not let Charles fight wherever he wants? Why not give us the opportunity to (fight in) Brazil? ‘Ah, but it has to be a neutral place.’ Okay, let’s go to New York. If it was McGregor, we would fight in Ireland. Because McGregor also made history.

“Now, why go to Abu Dhabi in October? Much earlier than we are used to fighting, two months earlier. Some other time, which is not Charles’s time. Charles doesn’t want to (fight in Abu Dhabi). And I, as Charles’s coach, totally agree with him.”

UFC President Dana White has previously said that Makhachev will have to fight Beneil Dariush in a re-booked matchup, but it’s not uncertain when Dariush will be able to return from injury. A fight between Oliveira and Makhachev could make sense and be the fight that many MMA fans want to see.

The UFC usually hosts a New York City card near the end of the year, but a formal announcement hasn’t been made for events past UFC 281. If Makhachev wants the next fight against Oliveira, he may have to give in to Oliveira’s demands.