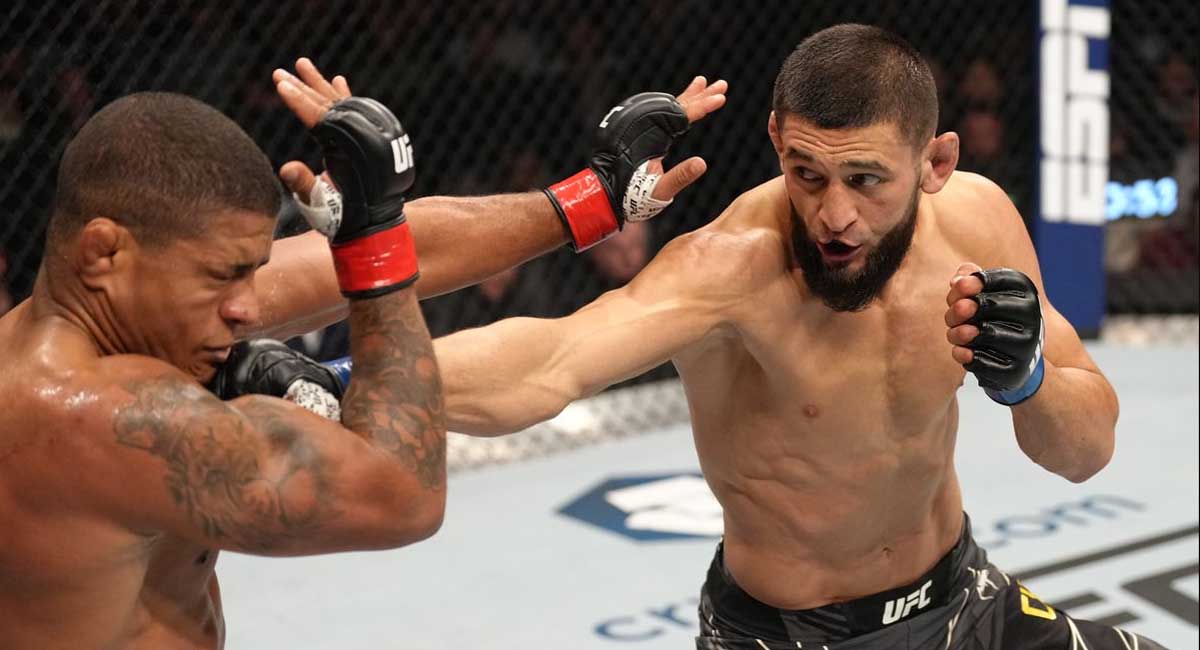 Khamzat Chimaev remained undefeated at UFC 273, but it most certainly wasn’t without adversity.

Chimaev won a hard-fought war against Gilbert Burns last Saturday in Jacksonville, Fla., taking a unanimous decision from the judges who all scored it 29-28. Chimaev’s chin was put to the test, though, as he took Burns’ best shots and managed to still come away victorious in the biggest fight of his career that legitimized his hype.

You can watch it all unfold in super-slow motion in the UFC 273 “Fight Motion” video highlights bellow.

Also featured are the main and co-main events featuring Alexander Volkonovski’s domination of Chan Sung Jung and Aljamain Sterling’s close split decision win against Petr Yan, as well as a host of other matchups.