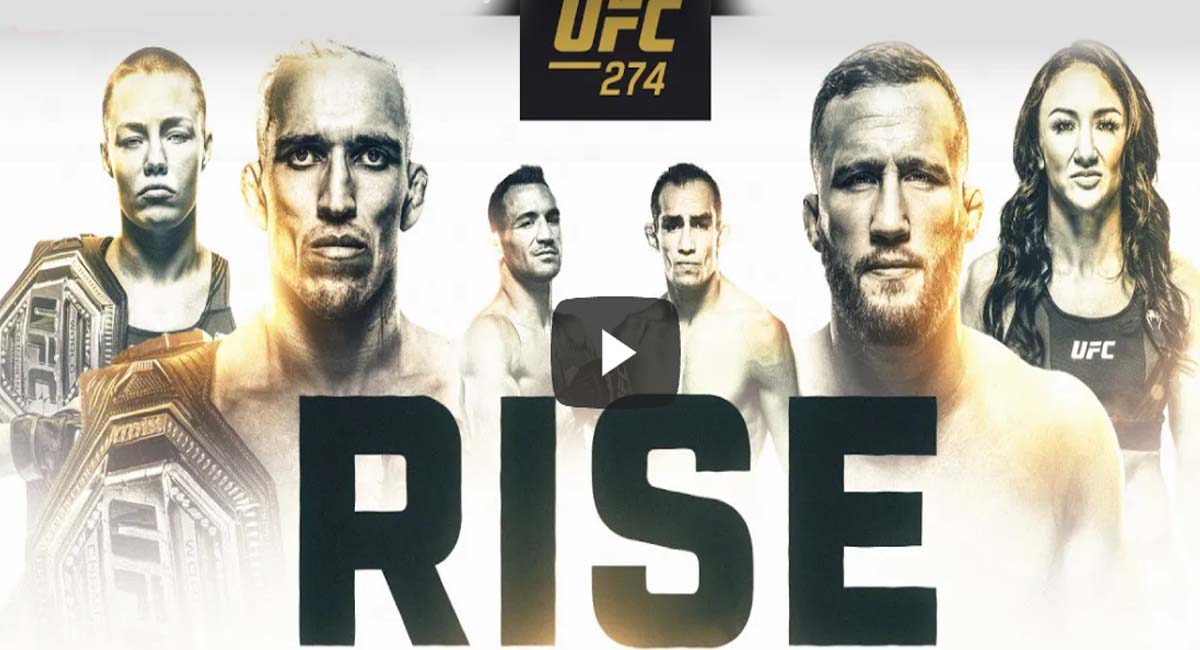 The official trailer for UFC 274 has been released with the main event between Charles Oliveira and Justin Gaethje being heavily featured.

The blockbuster pay-per-view will go down on May 7 at the Footprint Center in Phoenix, Arizona. While there are plenty of mouth-watering clashes to get excited about from the top of the card to the bottom, there are three fights that are particularly fascinating for MMA fans around the world.

The first is the aforementioned UFC lightweight title clash between Charles Oliveira and Justin Gaethje. After successfully defending the strap against Dustin Poirier, “Do Bronx” will hope to grow his legacy even further when tasked with fighting one of the heaviest hitters in the division.

In addition to discussing the rise of these 155-pound stars, we also get a chance to preview the intense rematch between Rose Namajunas and Carla Esparza.

The challenger, Esparza, beat Namajunas to become the inaugural strawweight champion in the UFC – but now, the roles have been reversed.

Namajunas wants to establish herself as a dominant champion and the best way of doing that is by knocking off top contenders, with Esparza certainly qualifying under that distinction.

We’ll also get to see two of the greatest lightweights in MMA history collide when Michael Chandler and Tony Ferguson compete in what could prove to be the latter’s swansong in the promotion.

Check out the official trailer of UFC 274: Charles Oliveira vs. Justin Gaethje bellow. In this promo, the UFC does a great job of building the match-up: