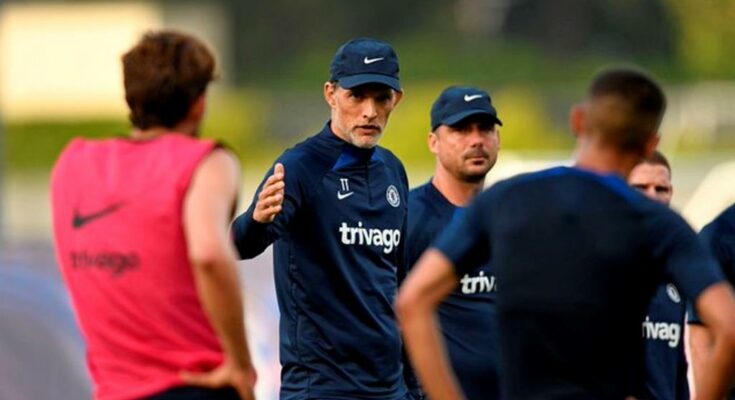 Chelsea have reportedly blocked a summer move for defender Malang Sarr to Fulham ahead of the upcoming season.

Fulham, who secured promotion to the top flight after winning the EFL Championship last season with 90 points, are in the market for a centre-back with Premier League experience. Earlier, the Cottagers released defenders Alfie Mawson and Michael Hector.

According to Evening Standard, Fulham have tabled offers for Chelsea’s Sarr and West Ham United’s Issa Diop as they look to strengthen their defence. The report also adds that Chelsea are unwilling to part with the 23-year-old till a reinforcement arrives at Stamford Bridge.

Sarr, who has three years left in his deal at Stamford Bridge, joined the Blues in the summer of 2020 on a free transfer. After being loaned out to Porto in the 2020-21 season, he made 22 appearances across competitions for Thomas Tuchel’s team last campaign. Meanwhile, West Ham are reluctant to lose Diop after new signing Nayef Aguerd suffered an ankle injury in a pre-season friendly.

Speaking to reporters on Sunday, Cottagers manager Marco Silva shed light on his team’s preparations for the Premier League, saying:

“These players are ready for the Premier League. I congratulate them for the work they have been doing. They were fantastic last season and they are working really hard. But we as a squad are not ready.”

As per the aforementioned report, Fulham have reached an agreement with Arsenal to sign their out-of-favour goalkeeper Bernd Leno for a fee of around £8 million. The move is expected to be announced after Leno completes his medical later this week.